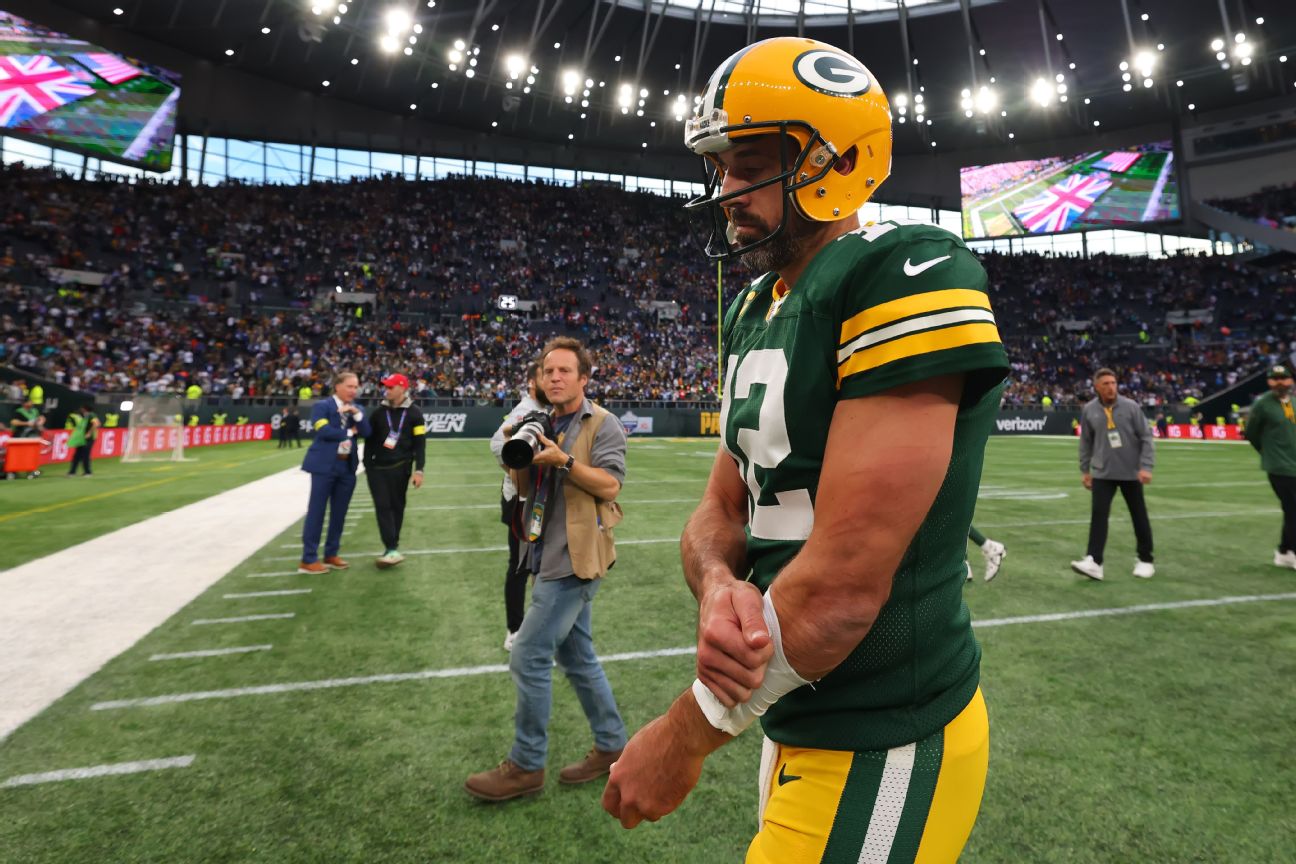 GREEN BAY, Wis. — The hit that Green Bay Packers quarterback Aaron Rodgers took on the final play of Sunday’s loss to the New York Giants in London kept him out of practice on Wednesday but should not affect his status for Sunday’s game against the New York Jets.

Giants linebacker Oshane Ximines sacked Rodgers on a Hail Mary attempt. He hit Rodgers’ throwing arm and forced a fumble. Rodgers could be seen flexing his right hand as he walked off the field.

“In the moment, you’ve still kind of got the adrenaline going,” Rodgers said Wednesday of the hit. “Once the adrenaline wore off and got on the bus, got back to the airport, got on the plane, I knew it was banged up a little bit but it’s gotten better every day.”

“He’s not going to practice today,” Packers coach Matt LaFleur said before Wednesday’s practice. “But I don’t think we have much concern as far as game day.”

Rodgers said he spent most of the practice time doing rehab work on his thumb.

“I’ll try and get back out there and practice tomorrow and see how it feels and be fine by Sunday I’m sure,” Rodgers said.

Rodgers is 3-0 in his career against the Jets but is off to a slow start. His QBR of 44.6 is the lowest through the first five games of a season that it has been in his career.

“Well, I think I’m playing as well as I can at times. I expect that typical stretch coming up at some point where we get really hot. Hopefully it starts this week. But I think that’s right around the corner,” Rodgers said, when asked whether he has played up to his standards.

The Packers are looking to avoid their first 3-3 start since 2012 in a game that pits LaFleur against his brother, Mike (the Jets’ offensive coordinator), and one his best friends in Jets coach Robert Saleh.