After serving over 20 years for a murder he says he didn’t commit, Adnan Syed may get a retrial 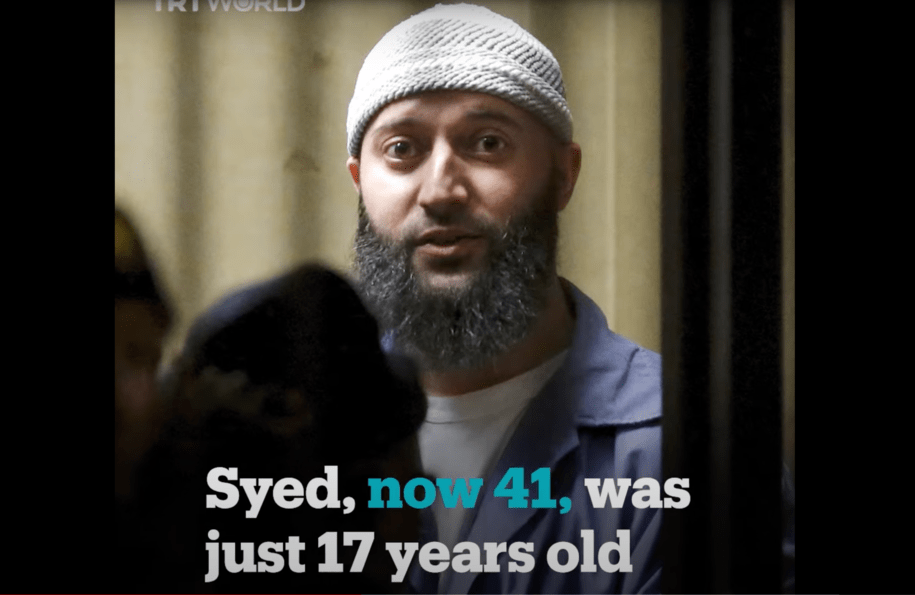 After decades of serving for a crime he says he did not commit. Adnan Syed, the subject of the first season of the hit podcast Serial and an HBO documentary, could be headed back to trial. Syed has been serving a life sentence after being convicted of first-degree murder, robbery, kidnapping, and false imprisonment in February 2000 for the murder of his girlfriend, Hae Min Lee, in 1999. He has maintained his innocence and has been appealing his conviction since the age of 17. Despite being a teenager at the team of Lee’s death, Syed was charged as an adult. He is currently serving his 20th year in prison since he was arrested.

His case made headlines and raised several questions regarding his innocence after it became well known due to its coverage in the podcast Serial. While Syed’s case had been granted a retrial in 2016, that decision was ultimately overturned by the Maryland court of appeals in 2019. But this time prosecutors in Baltimore claim they are reexamining the murder conviction due to new evidence found pointing towards other suspects.

According to Baltimore prosecutor Marilyn Mosby, an investigation now points to two other possible suspects and depicts evidence of inaccurate cellphone tower data being used during Syed’s conviction.

While prosecutors did not confirm his innocence, as a result of the new evidence, Mosby asked the courts Wednesday to throw out Syed’s February 2000 conviction and put him on trial again because “the State no longer has confidence in the integrity of the conviction.”

“After a nearly year-long investigation reviewing the facts of this case, Syed deserves a new trial where he is adequately represented and the latest evidence can be presented,” the prosecutor said in a statement.

In addition to the new evidence pointing at two other suspects who might have been involved in the murder, prosecutors also found new information in the state’s trial file of one person’s statement, which said one of the suspects had a motive to kill Lee. According to the motion, that suspect said he would make Lee “disappear,” but that information, which could have helped Syed’s case, was allegedly never given to the defense.

Not only was it not contained in the defense file, but it was also never disclosed in any of the various pleadings that prosecutors produced for the defense, the motion said.

“The fact that information about motives and threats of alternate suspects were kept from defense counsel for more than 20 years should shock the conscience,” Natasha Dartigue, head of the Maryland Office of the Public Defender, said in a statement to The New York Times. “This is a true example of how justice delayed is justice denied.”

It’s still sinking in. The State knew an alternate suspect said “he would make her [Hae] disappear. He would kill her,” & they didn’t disclose it to the defense. As a result, an innocent high school student was wrongfully convicted & imprisoned for 23 years. #freeadnan pic.twitter.com/Th0Ynkinoz

Other evidence includes the fact that Lee’s car was found behind a house that belonged to one of the suspects’ relatives who had two incidents of violence against women. One suspect was even later convicted of rape and sexual assault. That information was not discovered until 2022, Mosby’s office said.

According to prosecutors, the reinvestigation also calls into question cellphone records and key testimony that were used during the first trial to convict Syed.

“This information was not available to the Defendant in his trial in 2000, and the State believes it would have provided persuasive support substantiating the defense that another person was responsible for the victim’s death,” prosecutors said in the filing. “There is an abundance of issues that gives the State overwhelming cause for concern.”

Several of the pieces of now-confirmed evidence were speculated about in the podcast Serial ,which suggested that witnesses who were denied the ability to testify could have corroborated Syed’s alibi that he was in the library when Lee was killed.

This is big news. For the first time, Baltimore prosecutors are saying they don’t have confidence in Adnan Syed’s conviction and are asking for his release. https://t.co/5Z4VkWcunY

Additionally, in the HBO docuseries The Case Against Adnan Syed, an attorney for Syed said his client’s DNA was not found on any of the 12 samples retrieved from the victim’s body and car. That testing was not part of the official investigation by authorities.

According to his legal team at the Maryland Office of the Public Defender and the University of Baltimore Innocence Project Clinic, following the prosecutor’s announcement, Syed’s attorneys also filed a motion supporting the state’s request to vacate his conviction.

“Given the stunning lack of reliable evidence implicating Mr. Syed, coupled with increasing evidence pointing to other suspects, this unjust conviction cannot stand,” Erica J. Suter, an assistant public defender and director of the Innocence Project Clinic at the University of Baltimore School of Law, said in a statement according to The New York Times. “Mr. Syed is grateful that this information has finally seen the light of day and looks forward to his day in court.”

According to The Guardian, the passage of the Juvenile Restoration Act of 2021, “which allows persons convicted of crimes as juveniles to request a modification of sentence after they have served at least 20 years in prison,” was critical to securing Syed’s potential retrial.