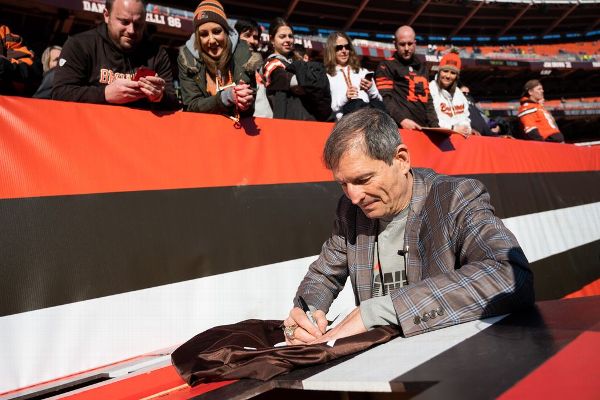 Kosar tweeted out that his “services are no longer desired or needed” on Sunday morning.

Earlier in the week, Kosar said on his own radio show that he bet $19,000 on the Browns, though he noted he would be giving the winnings to charity. Kosar wore the No. 19 when he starred with the Browns during the 1980s.

The NFL prohibits team personnel from betting on its games.