President Joe Biden urged Americans to vote in favor of democracy, reject election-denying candidates and be patient with results ahead of the first national Election Day held since the Jan. 6 attack on the U.S. Capitol.

“It’s estimated that there are more than 300 election deniers on the ballot all across America this year,” Biden said, speaking at Washington, D.C.’s Union Station. “We can’t ignore the impact this is having on our country. It’s damaging, it’s corrosive and it’s destructive.”

Biden’s omen came with less than a week to go until Election Day and five days after an assailant with a history of sharing right-wing conspiracy theories broke into the home of House Speaker Nancy Pelosi and attacked her husband with a hammer, causing serious damage to his head.

In his speech Wednesday evening, Biden said Pelosi’s attacker David DePape used the same rhetoric the rioters did on Jan. 6. Biden, without naming Donald Trump, said the former president had the rioters “whipped up into a frenzy” by his big lie that the election of 2020 had been stolen. The lie, Biden said, has led to further political violence and voter intimidation seen over the last two years.

“This intimidation, this violence against Democrats, Republicans and nonpartisan officials just doing their jobs are the consequence of lies told for power and profit. Lies of conspiracy and malice. Lies repeated over and over to generate a cycle of anger, hate, vitriol and even violence,” Biden said. “In this moment, we have to confront those lies with the truth.”

Biden cited recent polls that show Americans are concerned with the state of democracy and reminded voters they can confront it at the ballot box. The choices made now, Biden said, will determine whether democracy in the United States will endure.

“We need to start looking out for each other again, seeing ourselves as we the people, not as entrenched enemies,” Biden said. “This is a choice we can make. Disunion and chaos are not inevitable. There’s been anger before in America, there’s been division before in America, but we’ve never given up on the American experiment and we can’t do that now.”

Biden also reminded Americans that in many states absentee ballots cannot be counted before polls close on Election Day, which means it will take time for the final results to come in. This became a central point of contention for conspiracy theorists during the 2020 election, particularly as many Democrats voted by mail amid the coronavirus pandemic. Far-right election deniers claimed the legally cast ballots were fraudulent. 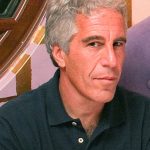