Around the same time Roe v. Wade was overturned, the conservative bloc of SCOTUS also tried to force Maine to give tuition vouchers to religious schools, effectively ending the centuries-old constitutional ban on direct state aid for the teaching of religion. There are currently 29 private schools in Maine participating in a state tuition voucher program, where private schools that meet the state’s criteria can get about $12,000 in taxpayer funding per student. Due to what has been the long-established precedent of separation between church and state, religious institutions were denied state funds. This did not sit well with two very conservative, discriminatory religious schools in Bangor, so they decided to sue. The conservative bloc at SCOTUS ruled in their favor.

It can’t be stated enough how much that case, Carson v. Makin, undermines existing First Amendment law. Once again, Sotomayor expressed her disdain in the dissent: “This court continues to dismantle the wall of separation between church and state that the Framers fought to build.” The two religious schools initially celebrated that they got exactly what they wanted. Yet their celebration didn’t last. 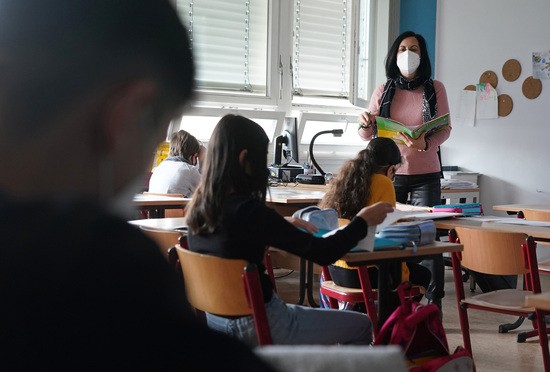 Those schools have policies, naturally, that discriminate against students and staff on a basis of sexual orientation and gender identity. The Maine legislature immediately responded to the ruling by updating a state law that stated all schools receiving state tuition must abide by the Maine Human Rights Act.

This law bans discriminating against someone based on their gender, sexual orientation, gender identity, ethnicity, or disability. This meant that the religious schools involved in the lawsuit wouldn’t be getting the funds after all. They aren’t being denied the money because of religion, which apparently isn’t a thing anymore, but they are being denied because they actively engage in discrimination.

Of course, there could be an easy fix to this: The schools could simply amend their policy to ban discrimination. Simple enough—but it will never happen. For the people who run these schools, Christianity always takes a back seat to being allowed to discriminate against other people. As if right on cue, a spokesman for those schools, Jamison Coppola, said they weren’t changing their pro-discrimination policies. In fact, he argued that discriminating against students isn’t really discriminating after all:

We don’t look at it as discrimination at all. We have a set of principles and beliefs that we believe are conducive to prosperity, to the good life, so to speak, and we partner with parents who share that vision.

Yeah, it’s not so much discrimination as it is denying entry to certain categories of people they don’t like. That’s … entirely different?

As a result, the Democratic state attorney general said unless the schools are willing to abide by the same anti-discrimination law as every other private school participating in the program, they can forget it:

The education provided by the schools at issue here is inimical to a public education. They promote a single religion to the exclusion of all others, refuse to admit gay and transgender children, and openly discriminate in hiring teachers and staff.

Meanwhile, on the other side of the country, there’s California. The Eureka State clapped back after SCOTUS single-handedly overturned what had been a bedrock principle of our legal system: that a person only has the right to pursue legal action if they are personally impacted.

Yet Texas passed an anti-abortion law that allowed random unaffected people the right to sue and collect damages from not just abortion providers, but from patients and even those who drive women to clinics. The point of this was to bankrupt providers and intimidate people into not getting abortions, but this type of outrageous ruling opened the floodgate to legal grifting and vigilantism. Despite being blatantly unconstitutional, the conservatives on SCOTUS put out an unsigned order allowing the Texas law to go into effect.

The law was written specifically to subvert oversight and undermine judicial review, but California figured out quickly that they could use that ruling to their advantage as well. Gov. Gavin Newsom wasted little time fighting back using the exact same language that SCOTUS approved for Texas, but this time, regarding gun manufacturers.

Under the new California law, a random person can now sue any licensed firearms dealer who “sells, supplies, delivers, or gives possession or control of a firearm” to anyone under 21 years old. The law allows citizens to sue for a minimum of $10,000 on each weapon involved, as well as attorney fees. This is the exact same amount Texas allows for private citizen bounty hunters to go after innocent women and pregnant people.

Newsom admitted this would be challenged in court, but he counted on it: “Because if there’s any principle left whatsoever—and that’s an open-ended question with this Supreme Court—there is no way they can deny us the right to move in this direction.” Newsom signed the bill into law at Santa Monica College, which was the site of a mass shooting spree. As he had hoped, the law was indeed challenged last September by several gun groups.

Speaking of guns, New York has taken its own shot at SCOTUS. In the midst of our current mass shooting pandemic, Justice Clarence Thomas wrote the decision that rendered almost all gun control laws in America presumptively unconstitutional. For the case of New York State Rifle and Pistol Association v. Bruen, there was a challenge to New York’s restrictions on the carrying of concealed firearms in public.

Like seven other states, New York barred residents from obtaining a concealed carry permit without some elevated need for self-defense. Thomas, joined by the other five conservative justices, invalidated that law as a violation of the Second Amendment. In doing so, he dramatically expanded the scope of the court’s previous gun decisions, which limited the right of self-defense to the home. Incredibly, he wrote this immediately after the Uvalde school shooting. 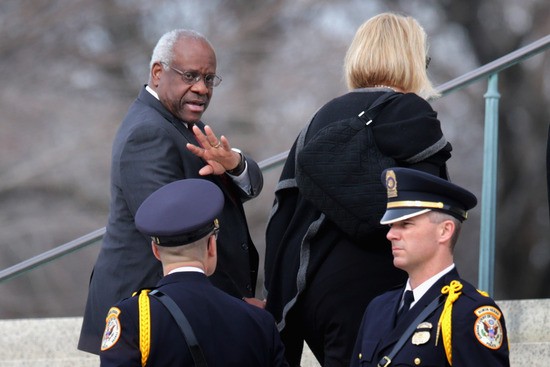 But Thomas did not stop there. In striking down New York’s restriction, he also established a new standard for evaluating gun control measures. First, he asked whether a law interferes with rights protected in “the plain text” of the Second Amendment. Thomas explained that since “self-defense” is not in plain writing, any such law is presumptively unconstitutional. The government may only save it from invalidation if it can prove that the regulation “is consistent with this nation’s historical tradition of firearm regulation.”

In other words, courts may no longer rely on empirical evidence in upholding gun control laws. They cannot, for instance, consider the heightened lethality of a particular weapon. So if AR-15s, for example, are slaughtering citizens at an astronomical rate—and they are—they cannot be banned because there is no “historical analogue” from 1791 (when the Second Amendment was ratified) or 1868 (when the 14th Amendment was ratified, applying the Second Amendment to the states).

The logical fallacy here is that this should only apply to weapons in common use in 1791 or 1868, since automatic rifles aren’t in “plain text.” Yet Thomas broke his own rule by claiming his decision applies to “any modern instruments that facilitate armed self-defense.” It is impossible to overstate the consequences of Thomas’ decision. In this single opinion, Thomas has completely abolished the ability of courts to consider the real-world impact of firearms when evaluating limitations on their sale. Any government attempting to impose gun control must now scour historical books for some kind of analogue. Essentially, SCOTUS has ruled that states can no longer protect their citizens from gun violence.

Of course, that analogue might not exist, because modern technology has made guns vastly more powerful and deadly, and the exponential growth in population creates new challenges that were not present hundreds of years ago. And even if the government can find an analogue, it must pass Thomas’ Calvinball test, which dismisses all historical evidence in support of gun restrictions.

Yet Justice Brett Kavanaugh wrote a concurring opinion that at least attempted to moderate the bizarre ruling. He stated that states can still require licenses for concealed carry permits that may include “a background check, a mental health records check, and training in firearms handling.” And he added that a “variety” of gun regulations remain permissible, though cited only exceedingly modest measures such as “laws forbidding the carrying of firearms in sensitive places.” Thomas’ write-up also used the term “historically sensitive places.” This was the phrase that gun safety advocates seized upon.

Each state has defined certain sensitive areas that are always unsafe for guns, such as schools, hospitals, day care centers, etc. The nonprofit Everytown for Gun Safety helpfully provided resources to states and local jurisdictions to help craft and defend laws that restrict carrying guns in these sensitive places against Second Amendment challenges, which include historical laws, cases, and academic articles. New York saw this as an opportunity to counter what Thomas tried to do, and the state legislature immediately took up work on new gun laws expanding the definition of “historically sensitive places” to protect New Yorkers.

The Empire State first added a ton of venues to their previous list. It is now a crime in New York to bring a gun into any restaurant, hospital, school, entertainment venue, the entire subway system, and all of Times Square. Then New York added a lot of new rules for gun ownership, which include requiring liability insurance, requiring extensive and specialized training in order to obtain a concealed-carry permit, and allowing businesses and private property owners to prohibit concealed weapons on their grounds.

This is exactly what should happen when SCOTUS tries to impose its ideology on the states. States can move a hell of a lot faster than the courts, and they can counteract bad decisions with laws that can blunt the impact of these poorly thought-out ideological attacks on citizens.

California and New York used SCOTUS’ reckless decisions against them. Eventually they will be challenged, and the conservative block will likely attempt to twist itself into pretzels explaining why liberals can’t play within the rules they themselves have set. Yet this will only invite more state legislation, more challenges, and further anger the populace against the judicial theocracy that will make expanding the court ever more likely.