Brittney Griner has finally broken her silence by penning a lengthy heartfelt message after spending ten months in a Russian jail, and sincerely thanked and named everyone who helped her get back home stateside.

Griner, who had been imprisoned in the country for allegedly being in possession of cannabis cartridges, wrote on Instagram that “the last ten months have been a battle at every turn,” but she “dug deep to keep my faith.”

Griner Breaks Silence Following Ten Months In Russian Prison, Says It Was “A Battle At Every Turn”

She added “it was the love from so many of you that helped keep me going.”

“It feels so good to be home! The last ten months have been a battle at every turn. I dug deep to keep my faith and it was the love from so many of you that helped keep me going. From the bottom of my heart, thank you everyone for your help.”

The 32-year-old WNBA star “especially” thanked her wife, and listed her agent, attorney and basketball team in her message, along with her fellow WNBA players and “entire WNBA family.”

“I am grateful to each person who advocated for me, especially my wife, Cherelle Griner, my family, Lindsay Kawaga Colas and Cassie Wasserman and my whole team at Wasserman, Vince Kozar and the Phoenix Mercury, the players of the WNBA, and my entire WNBA family.”

She ended the thoughtful message with a special thanks to President Joe Biden and Vice President Kamala Harris, whose administration worked to have her safely brought home in a prisoner exchange with Russia.

“And of course, a special thank you to President Biden, Vice President Harris, Secretary Blinken, and the entire Biden-Harris administration.”

The message is the first from the Phoenix Mercury center, who became a pawn in Russia’s war in Ukraine before being returned to the U.S. on Dec. 9 after a prisoner swap for notorious convicted Russian arms dealer Viktor Bout.

Meanwhile, Griner says she intends on returning to the Mercury this upcoming season in 2023. Griner has underwent a battery of tests and doctor evaluations since her return, she added.

“I appreciate the time and care to make sure I was okay and equipped with the tools for this new journey,” Griner wrote.

“I also want to make one thing very clear: I intend to play basketball for the WNBA’s Phoenix Mercury this season, and in doing so, I look forward to being able to say ‘thank you’ to those of you who advocated, wrote, and posted for me in person soon.” 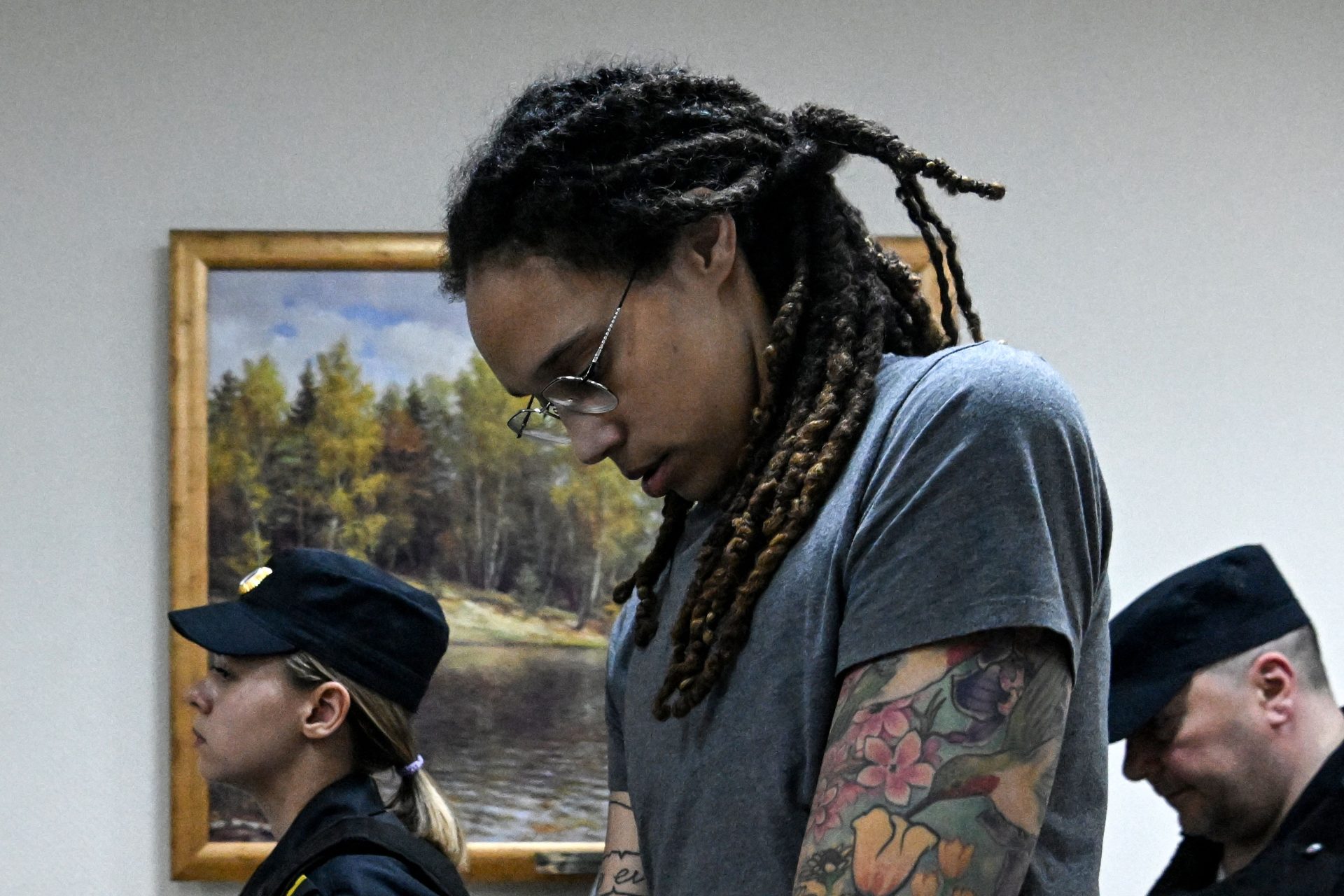 Last week, Griner celebrated her return home to the United States with a slam dunk, The Shade Room reported.

The WNBA star was back on the court Sunday at Fort Sam Houston in San Antonio, after being held in Russia for nearly 10 months for allegedly attempting to bring contraband into the country.

The 32-year-old donned Phoenix Suns shorts, a pair of Chuck Taylor sneakers, and a T-shirt promoting Title IX during a light workout at the facility, her agent Lindsay Kagawa Colas told the outlet. Footage of the slam dunk was not immediately available as of Monday.