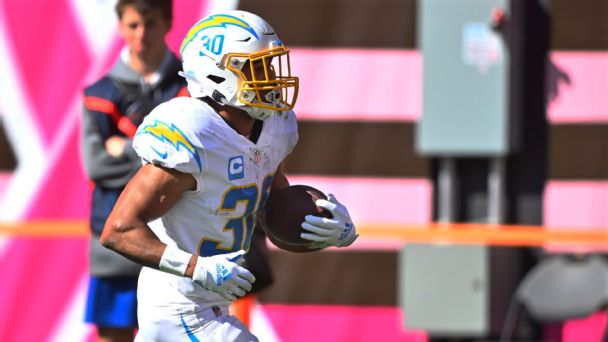 NFL teams and players are ramping up promotional campaigns to get votes for the Pro Bowl. Los Angeles Chargers running back Austin Ekeler wants voters to see past all the messaging and select the right candidate.

In a delightful parody of political ads, Ekeler is portrayed as the “candidate for change” and warns of an NFL conspiracy. As an alumnus of tiny Western Colorado University, Ekeler calls out the “big corruption” from big schools like Alabama and Georgia since Derrick Henry (Alabama), Josh Jacobs (Alabama) and Nick Chubb (Georgia) have been the recent AFC running backs.

Ekeler, who has 13 touchdowns, even has the right amount of faux humility while being called “a vote for the working class.” Despite leading the league in touchdowns in 2021, Ekeler has never been to the Pro Bowl.

Maybe he’s right and it is “time for a change.”

Big NFL doesn’t want you to see this.

We cannot stand idly by. RETWEET now to #ProBowlVote for @AustinEkeler. pic.twitter.com/y5a7BSfpjJ