Note: This note, which was written in 1813 during the presidency of James Madison and presented as a gift from the Post-It Note division of 3M, is being read by you here for the first time. Please don’t breathe on it as it is very fragile.  —National Archives 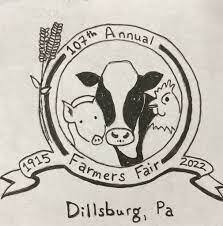 Days ’til the 107th Dillsburg Farmers Fair in Pennsylvania: 6

Minimum number of utility workers and restoration personnel from 33 states and D.C. who are helping out in Florida: 44,000

Percent by which Nike’s inventory has increased from a year ago, resulting in the company lowering prices to move it off shelves: 65%

Estimated time it’ll take for the nerds at NASA to determine whether the DART spacecraft was successful in changing the Dimorphos asteroid’s trajectory: 2 months

Percent chance that the first British currency with King Charles III’s likeness on it features him without a crown, a fact that should make you gasp in horror or you’re a very poor colonial subject: 100%

Puppy Pic of the Day: In Ukraine…SAVED!!!

CHEERS to the end of supply-chain madness. It’s been so long that I almost forgot what normal life was like before the dark times. Before the madness, the uncertainty, the finger-pointing, the screaming and crying, the shooting, the honking, the running around town in nothing but chaps. Praise God and all the Hosannahs In The Highest Treetops! Our long national nightmare is over:

Trader Joe’s brought back in-store food samples at some stores on Saturday. Shoppers posted videos and photos on TikTok, Instagram and other social platforms of some of Trader Joe’s samples over the weekend, including granola and Halloween cookies.

But I, for one, do plan to continue running around in nothing but chaps. I like a cool breeze.

CHEERS to bad times for blithering idiots. A quick quartet of stories demonstrating that the rabid right-wingers claiming to run roughshod over the peasantry on Planet Earth don’t always enjoy a glide-path to evil:

Russia  While the rest of the world agrees that Russia’s “annexation” of sovereign Ukrainian territory isn’t worth the cabbage leaf it’s printed on, Vladimir Putin’s “mighty military” of drunks and profiteers continues its spectacular collapse in those areas. 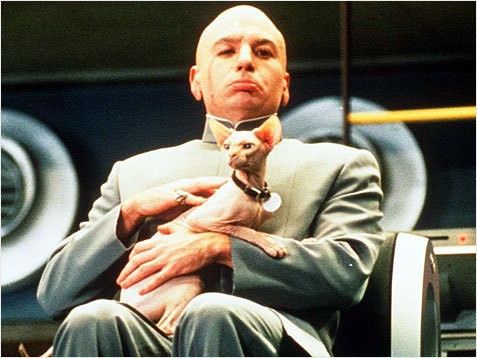 Britain  After giving a series of interviews in which she said she would never under any circumstances undo her new trickle-down economics policy, the new prime minister, whose name is—[checks notes]—Margaret Thatcher on Steroids, canceled her trickle-down economics policy and after three weeks on the job is considered the worst PM in the empire’s 54,000-year history.

Brazil  South America‘s version of Donald Trump, a rainforest-trashing lunatic awash in corruption named Skeeter Bolsonaro, suffered a humiliating moment Sunday night when voters failed to reelect him. Instead, he’ll be in a runoff with the #2 guy who is also awash in corruption but at least he’s not the other guy.

United States  The National Archives has discovered that, no, Donald Trump and his crime syndicate have not returned all the documents they stole when they fled Washington D.C. nearly two years ago. In response, Judge Aileen Cannon aimed to dissolve the entire investigation and ordered Joe Biden to award his predecessor 17 Medals of Freedom and a thousand hamberders. (Thankfully, the rest of the 11th Circuit gently ushered their colleague back to her playroom in the basement to for nappytime.)  More pre-dawn FBI searches, anyone?

CHEERS to life the way they say it never was.  On this date in 1957, Leave It to Beaver premiered on ABC.  June Cleaver did housework in pearls, frilly dresses, and high heels. Or as I like to call it: me on gutter cleaning day.

CHEERS to Quayle hunting.  Speaking of great debate moments, it was thirty-four years ago today, in 1988, when Democrat Lloyd Bentsen—Michael Dukakis’s running mate—opened a can of whupass on Dan Quayle during their debate, and naturally the Republican whined like a little snowflake:

It was one of the great zingers in campaign lore, and today it’s a staple of debate-highlight montages. Four years later, of course, came the famous potato”e” gaffe, thus proving Quayle wasn’t a very smart vice president.  But ya gotta admit, he was a terrific warm-up act for George W. Bush.  (And an Einstein compared to Trump.)

CHEERS to bright medals for bright minds.  It’s Nobel Prize Giving-Away Week, that most wonderful time of year when I can confirm that, relatively speaking, I’m one dumb-as-rocks man-child with a brain that resembles avocado dip past its sell-by date.  The latest winner announced yesterday in the “Medicine, Physiology, or Dessert Topping” category hails from…oh, never mind. Not the USA, so he doesn’t really count:

Swedish scientist Svante Paabo won the Nobel Prize in medicine on Monday for his discoveries on human evolution that provided key insights into our immune system and what makes us unique compared with our extinct cousins, the award’s panel said. 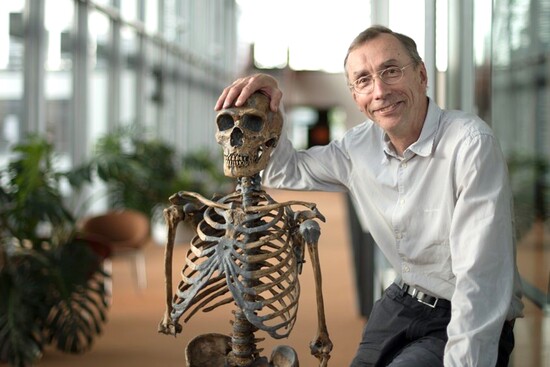 Congratulations to Svante Paabo (on the left, I think).

Paabo has spearheaded the development of new techniques that allowed researchers to compare the genome of modern humans and that of other hominins—the Neanderthals and Denisovans.

While Neanderthal bones were first discovered in the mid-19th century, only by unlocking their DNA — often referred to as the code of life — have scientists been able to fully understand the links between species. This included the time when modern humans and Neanderthals diverged as a species, determined to be around 800,000 years ago, said Anna Wedell, chair of the Nobel Committee.

For the Nobel committee it was an easy decision based on three critical criteria: they pored over the guy’s science, compared it to related data and, most critically, confirmed that the MyPillow guy had absolutely nothing to do with it.

JEERS to employees who are not up to the task at hand. Brian Williams proudly announced last night on NBC Nightly News that Andrea Mitchell would be the network’s “official fact-checker” during tomorrow night’s debate. That was moments after Andrea Mitchell said in a report that “Nixon should’ve shaved” before his 1960 debate with John F. Kennedy. Fact: he did shave before that debate. But, as Tricky Dick himself said: “I can shave within 30 seconds before I go on television and still have a beard.” So, yeah, Andrea Mitchell will be their fact-checker Wednesday night. No word yet on who’ll be fact-checking her.

And just one more…

CHEERS to G-d’s Amazing 25-Hour Miracle Diet.  The Jewish holiday of Yom Kippur starts at sundown (which in Maine is, like, 6 O’clock now) and continues through tomorrow.  According to C&J’s go-to guide, Torah Tots…

Yom Kippur is a Shabbat…no work can be performed on Yom Kippur. 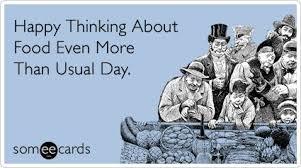 It is well-known that you are supposed to refrain from eating and drinking (even water) on Yom Kippur. It is a complete, 25+ hour fast beginning before sunset on the evening before Yom Kippur and ending after nightfall on the day of Yom Kippur. The Talmud also specifies additional restrictions: washing and bathing, anointing one’s body (with cosmetics, perfumes, etc.), marital relations and wearing leather shoes.

The holiday is a somber one during which Jews confess their sins and seek forgiveness over the course of a day.  That’s why I’m not Jewish—I’d barely get started before the closing buzzer went off.

Have a tolerable Tuesday. Floor’s open…What are you cheering and jeering about today?

Maggie Haberman Says Bill in Portland Maine Has Now ‘Backed Himself Into a Corner’ and Must Run in 2024, But Suggests He May ‘Stay in the Kiddie Pool the Whole Time’