Elon Musk indulges in a personal purge of journalists from Twitter

As of of 9:30 PM Eastern, the number of journalists affected by the purge continued to grow. 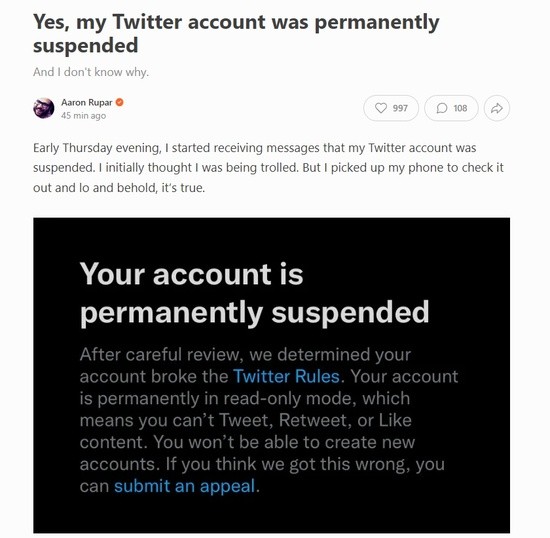 No clue still on why Rupar was suspended. 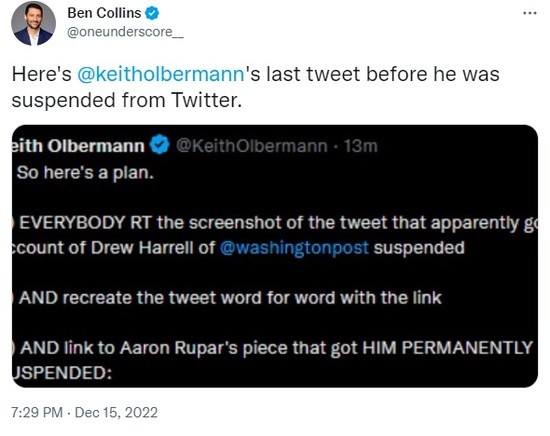 Olbermann appears to have been taken down simply for screenshotting the post of others. 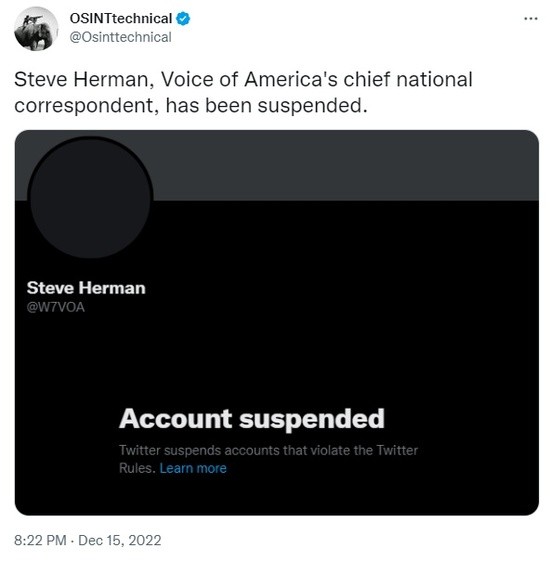 VOA is an independent government agency, counted on for information around the world.

Donie O’Sullivan: CNN reporter. Last post was a story about Elon’s claim that a “crazy stalker” had followed a car in which his son was a passenger. 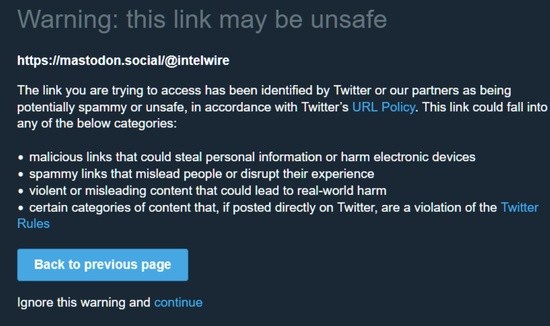 CNN has issued a response to O’Sullivan’s suspension. 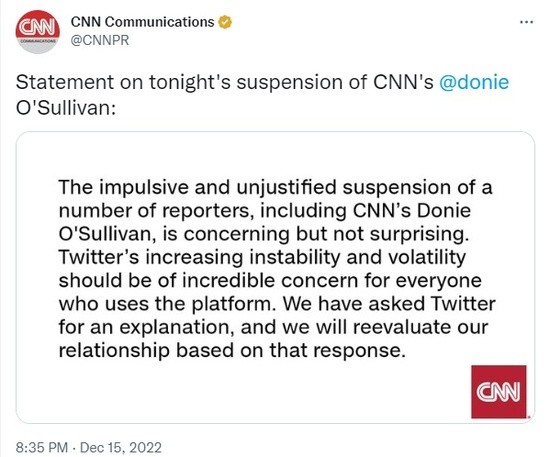