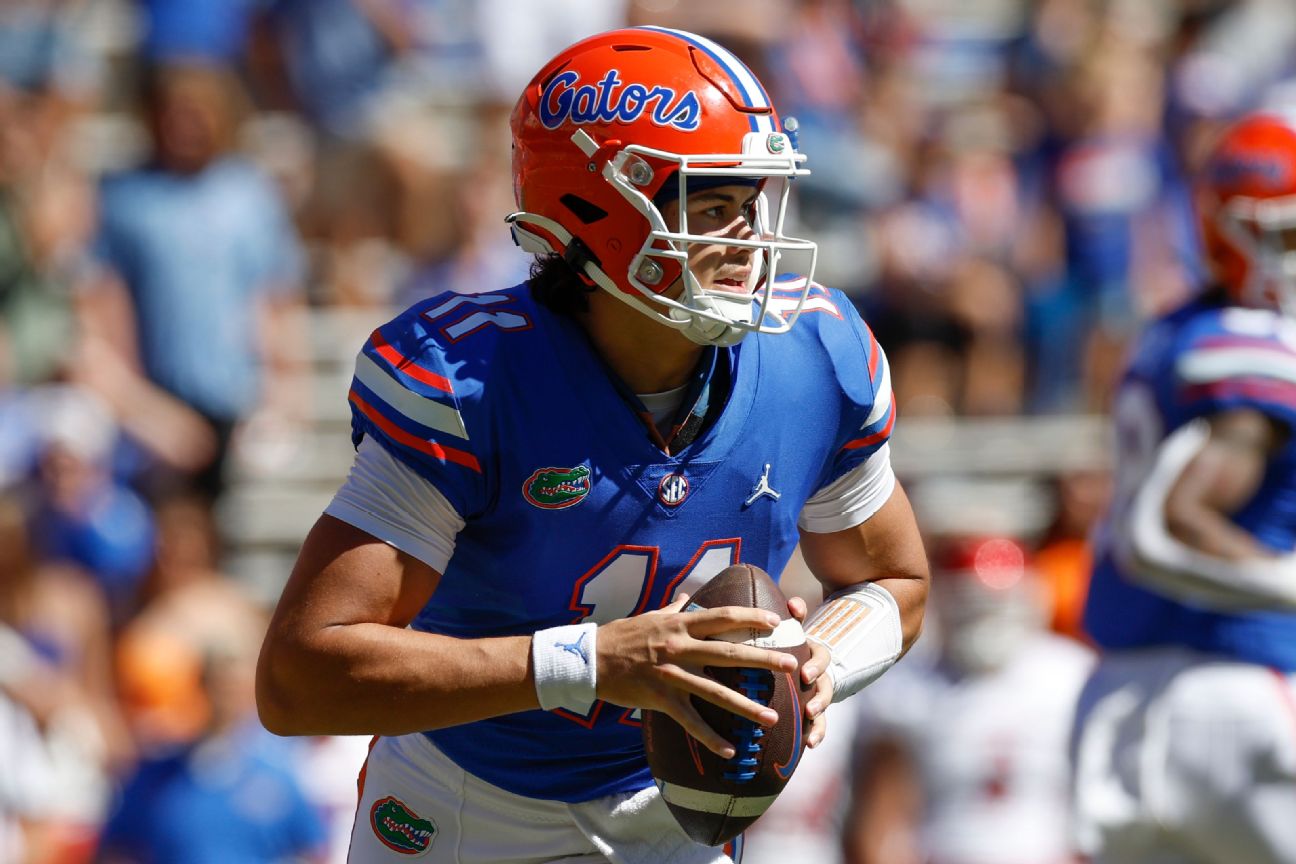 Kitna, the 19-year-old son of former NFL quarterback Jon Kitna, was arrested by the Gainesville Police Department and booked into the Alachua County jail at 3:20 p.m. ET. He is expected to appear in court on Thursday morning to hear the charges against him, the GPD said.

The five charges, which need to be formalized by the state attorney’s office, are second-degree felonies that could result in a prison term of up to 15 years and a fine of up to $10,000.

Kitna has been suspended indefinitely from the football program.

According to a news release from the Gainesville Police Department, police received a tip from the National Center for Missing and Exploited Children that a user had distributed an image of child sexual abuse material on Discord, a social media platform.

Police allege that an investigation revealed Kitna was the probable owner of the Discord account.

The Gainesville Police Department said Kitna was interviewed by officers and that he told them he thought the images he shared were “legal” because he found them online. Police say they searched Kitna’s electronic devices and found three more images of child sexual abuse material.

A redshirt freshman, Kitna appeared in four games this season, completing 10 of 14 passes for 181 yards and a touchdown.

Information from The Associated Press was used in this report.