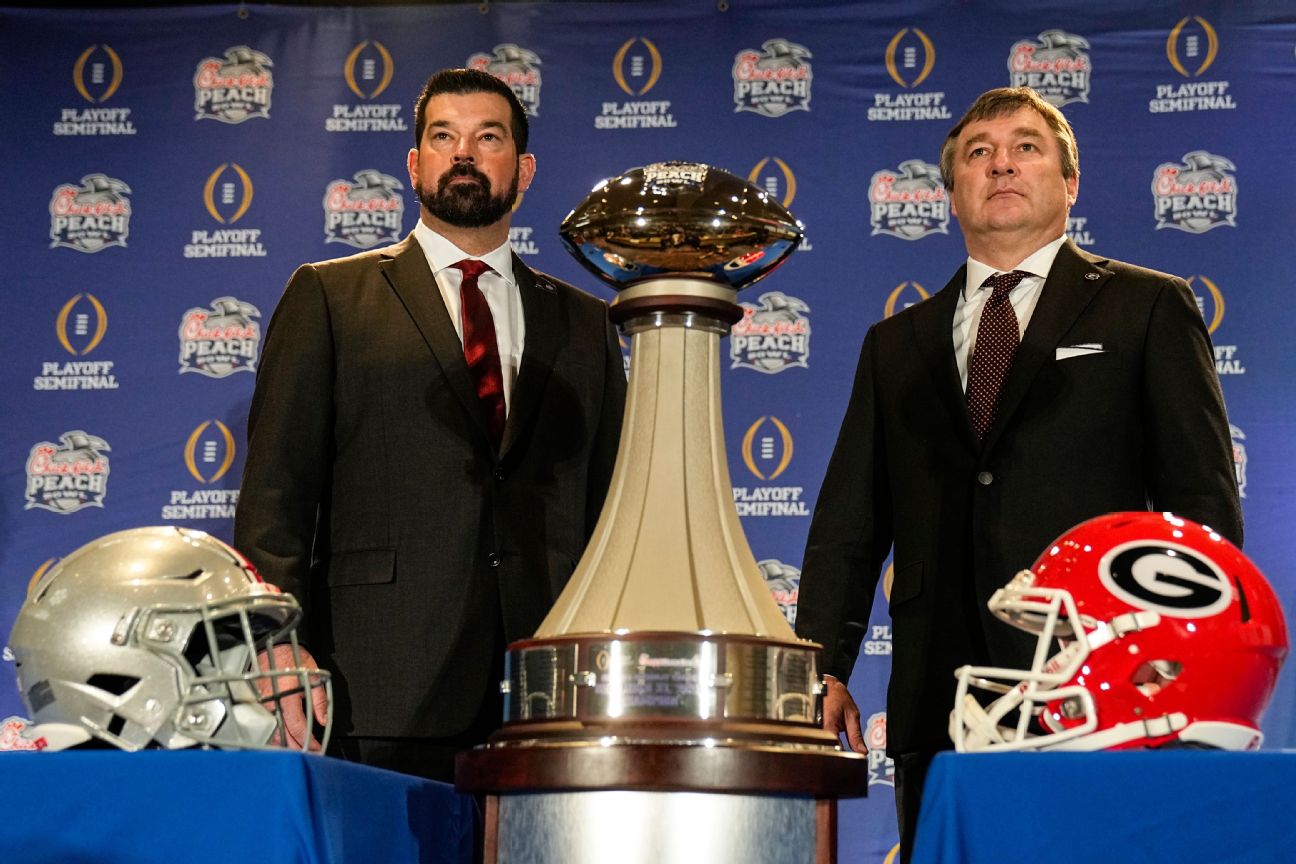 ATLANTA — Georgia might be the defending champions and the No. 1 seed in the College Football Playoff, but coach Kirby Smart said there’s just as much pressure now as there was during his first season in 2016.

“The standard doesn’t change,” Smart said Friday on the eve of a Chick-fil-A Peach Bowl matchup against No. 4 Ohio State. “Players change.”

But Smart acknowledged the difficulty in trying to repeat as national champions, which hasn’t happened in college football since Alabama did it in 2011 and 2012.

Smart left Alabama to become the head coach at Georgia before the 2016 season, but he said he remembers that experience as an assistant on Nick Saban’s staff with the Crimson Tide.

“I knew the kind of year it would be,” Smart said. “It’s always a little tougher to bring everyone back to home base. It was much easier for us this year because we had so many players leave and we had a hungrier young team.”

Smart said they made use of in-house sports psychologists to talk to players during the offseason about “how the mighty fall” and “some different models where ego got the best of business organizations.”

Georgia’s 15 picks in the 2022 NFL draft — including five defensive players in the first round — were the most since it was shortened to seven rounds.

And still the Bulldogs went undefeated during the regular season, won the SEC championship and have allowed the second-fewest points in the FBS.

“Georgia’s defense is complete,” Ohio State coach Ryan Day said. “They have really good players in the back end — very, very talented, highly recruited and developed at a high level with tremendous scheme. And then when you go into the front: athletic linebackers who run sideline to sideline. Their front is powerful.

“So, you see the statistics. You see the way they played all year. They’re a complete defense. But, you know, when you get into this level of competition, that’s what you’re going to get.”

Day said his team experienced a range of emotions after losing to Michigan during the final weekend of the regular season. If USC hadn’t lost to Utah in the Pac-12 Championship, the Buckeyes might not have gotten into the playoff.

“When you have something taken away from you, it does give you a little bit more appreciation,” Day said.

But, like Smart, Day said that there’s no more pressure than normal and that, at the beginning of the season, “this is the exact situation you saw ourselves in.”