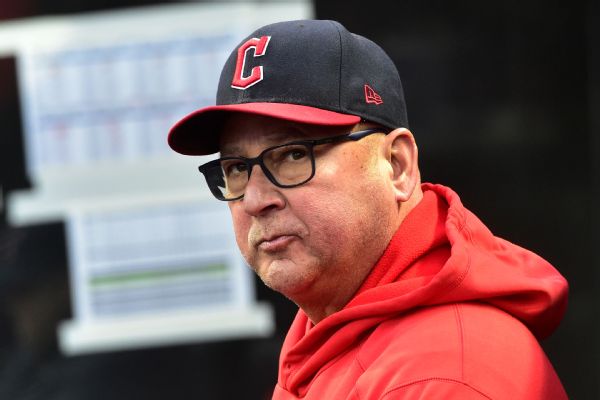 The scooter that Francona rides from his downtown Cleveland apartment to Progressive Field on game days was swiped over the weekend. Francona’s scooter was parked outside his residence.

A team spokesman said police were notified of the theft, which happened late Friday night or early Saturday.

The 63-year-old Francona, who spends the offseason in Arizona, was in Cleveland over the weekend for Guards Fest, the team’s annual winter fan festival. He noticed his scooter was missing before attending Saturday’s event.

Francona has used a scooter for his short commute to the ballpark in recent years. It’s common to see Francona, known as “Tito,” waving to fans as he zips around the city. The team had a bobblehead giveaway a few years ago with Francona riding his scooter.

A two-time World Series winner with Boston, Francona has spent 10 seasons with Cleveland. He was named AL Manager of the Year for the third time last season after leading the Guardians to 92 wins and an unexpected division title despite having the majors’ youngest team.

Francona has been slowed by health problems the past few seasons.

On Saturday, he said he’s feeling great and looking forward to the 2023 season. Francona has an open-ended contract with the organization, which intends to keep him as its manager as long as he wants.