How billionaire Bankman-Fried survived the slump and still expanded

FTX CEO Sam Bankman-Fried has been shopping for bargains amid the industry’s recent carnage and said he still has cash to spend if opportunity knocks.

It may seem strange. Other multibillion-dollar crypto giants spiraled into bankruptcy this year. FTX’s main competitor, Coinbase, has seen its shares plunge 70% and has laid off a fifth of its workforce as crypto prices crashed.

Pro Exclusive: FTX’s Sam Bankman-Fried on becoming a billionaire and his investing strategy

Yet, FTX is somehow emerging as an industry lifeline.

The 30-year-old billionaire says it was a result of stashing away ample cash, keeping overhead low, avoiding lending and being able to move quickly as a private company.

The crypto industry saw billions of dollars wiped out during the weeks surrounding the implosion of cryptocurrency Terra USD and the failure of crypto hedge fund Three Arrows Capital. Lenders with exposure to Three Arrows were the next domino to fall. In July, FTX signed a deal that gives it the option to buy lender BlockFi after providing a $250 million line of credit. FTX also extended $500 million to struggling Voyager Digital, which later declared bankruptcy, and was in discussions to acquire South Korean crypto exchange Bithumb.

Bitcoin, the world’s largest cryptocurrency, has lost more than half its value this year.

While Bankman-Fried’s cryptocurrency exchange FTX is suffering from the downturn in digital assets, he said market share growth helped offset the pain.

“I don’t think we’re immune from it,” Bankman-Fried said. “But we put a lot of work in to growing our footprint over the last year … and we have a less retail-heavy platform — retail tends to be more market sentiment dependent.”

Most of FTX’s volume comes from customers trading “at least” $100,000 per day, he said. Bankman-Fried described the group as “highly engaged, high volume” users that are “fairly sophisticated.” It ranges from small quant trading firms to family offices and day traders. FTX’s demographic has been less price sensitive and held up relatively well in crypto’s bear market, according to the company.

In addition to its success with professional traders, it’s making an expensive land grab for the U.S. retail trading audience. FTX bought the the naming rights to the Miami Heat’s NBA arena, formerly American Airlines Center. It has courted high-profile investors and brand ambassadors including Tom Brady and Gisele Bundchen, and ran a Super Bowl ad featuring Larry David.

The cryptocurrency exchange brought in roughly a billion dollars in revenue last year, CNBC reported in August. Bankman-Fried confirmed the numbers were in the “right ballpark” and this year would see a “similar” figure, depending on how severe the market slowdown is. He also said the company is profitable.

He pointed to low employee head count as one factor accounting for profitability. FTX has roughly 350 employees — about a tenth of Coinbase’s workforce.

“We’ve always tried to grow in a sustainable way — I’ve always been deeply suspicious of negative unit economics, any economics without any sort of real, clear pathway to profitability,” he said. “We hired a lot less than most places did but we’ve also kind of kept our costs under control.”

Bankman-Fried earned a degree in physics from the Massachusetts Institute of Technology and started his career as a quantitative trader at Jane Street Capital. He bought his first bitcoin five years ago, and said he was drawn to the industry by wide arbitrage opportunities that seemed “too good to be true.” In 2017, Bankman-Fried launched proprietary trading firm Alameda Research to start trading the asset full time. The firm was making a million dollars a day in some cases, buying on an exchange in one market, and selling back on other global exchanges, according to the CEO.

Alameda Research still accounts for about 6% of FTX’s exchange volumes, according to documents seen by CNBC. While Bankman-Fried is still a major shareholder in Alameda, he stepped down from day-to-day operations.

Bankman-Fried said he’s worked over the past few years to eliminate conflicts of interest at Alameda. “I don’t run Alameda anymore — none of FTX does. We view it as a neutral piece of market infrastructure.”

FTX has seen epic growth since Bankman-Fried launched it alongside co-founder Gary Wang in 2019. It last raised $400 million in January at a $32 billion valuation, bringing its total venture capital funding in the past three years to about $2 billion.

FTX Trading Ltd. is headquartered in Antigua, with FTX Derivatives Markets based in the Bahamas, where Bankman-Fried lives. FTX Trading has acquired companies in Switzerland, Australia, Cyprus, Germany, Gibraltar, Singapore, Turkey and the United Arab Emirates, among other countries.

The exchange has spent about half of its cash on bailouts and acquisitions, most recently buying a 30% stake in Anthony Scaramucci’s Skybridge Capital.

“We still have a fair bit left to deploy, if and when it’s useful or important,” Bankman-Fried said.

FTX benefited from being a private company this year. FTX doesn’t have the daily ups and downs of a publicly traded stock, especially growth names, which this year have been battered by higher interest rates. Bankman-Fried also said not having thousands of shareholders enabled FTX to move quickly when trying to close deals in a matter of days.

“I do think it makes it a lot harder, practically speaking, to do this as a public company,” he said. When “you have three days from start to finish to wire the money, you can’t do a public engagement process around the potential terms of a messy situation.”

Bankman-Fried said many of the deals were done in a matter of days, when the team “didn’t sleep much that week.” What’s often lengthy due diligence came instead in a truncated Excel spreadsheet. The finances weren’t audited. The team had at least some expectation of losing money.

“It was unclear if it would be net positive or negative — there was potential upside in a case where things went well,” he said. “We got to the point of feeling like we could do something that would have a nontrivial chance of helping for an amount of money that we were willing to lose if things went wrong.”

It’s too soon to tell if Bankman-Fried’s distressed crypto bets will pay off. Some companies have said no to a rescue package altogether.

After extending a line of credit to Voyager, FTX and Alameda looked to buy and and restructure the company. It outlined a plan to purchase Voyager’s digital assets and loans at market value. The company responded to the bid calling it a “low ball bid dressed up as a white knight rescue.”

“It surprised me. It didn’t surprise our legal team,” he said. “I had honestly just assumed they’d see our offer and just say … of course, we’ll take this.”

Bankman-Fried said there were further discussions and the answers were “disappointing.” The problem, he said, was that the proposal didn’t take any fees.

“If you’re in the business of taking fees, then maybe our proposal isn’t what you like,” he said. “I believe it was a lowball offer for consultants looking to make fees on this case. That’s not who I had had in mind. I had the customers in mind. But that is my current best understanding about what happened.”

The next … Warren Buffett?

Bankman-Fried’s latest moves in crypto have drawn comparisons with Warren Buffett’s strategy in 2008. The legendary Berkshire Hathaway chairman and CEO stopped the bleeding during the financial crisis with a $5 billion investment in Goldman Sachs. That eventually brought the Omaha, Nebraska-based conglomerate a $3 billion gain.

“There are some parallels,” Bankman-Fried said. “There are probably more differences. First of all, I don’t think Warren Buffett would call me the next Warren Buffett. To the extent there is a parallel recently, it’s been looking at which assets are in a place where they pretty badly need capital.”

Bankman-Fried said he’s finding spots where he can “simultaneously make good investments, and help backstop them and their customers and ecosystem.” Although sometimes only one is on offer, not both.

He also applauded Buffett’s skill in long-term, value investing. The investor has showed that “you don’t need to have one brilliant innovation or insight, you can do it by just piecing together good decision after good decision over the course of decades and compounding that.”

Like Buffett, Bankman-Fried signed the Giving Pledge: a promise by the world’s wealthiest individuals to donate the majority of their wealth to charity. Bankman-Fried said he has given away roughly $100 million this year, with a focus on future pandemic prevention. Similar to Buffett, he lives modestly. Bankman-Fried shares a house with 10 roommates and a Goldendoodle named Gopher. He drives a Toyota Corolla, and said he has no interest in the excesses of a yacht or Lamborghini.

But the two humble investors sharply diverge when it comes to their positions on cryptocurrencies.

Buffett and his business partner Charlie Munger have been critical of cryptocurrencies over the years. In 2018, for example, Buffett called bitcoin “probably rat poison squared.” Earlier this year, Buffett said he wouldn’t buy all the bitcoin in the world for $25 because it “doesn’t produce anything.”

Buffett has called the underlying blockchain technology “important” — but hasn’t wavered on the idea that “bitcoin has no unique value at all.” Blockchains are digital databases that store cryptocurrency transactions and, in some cases, other data. Its main use has been powering cryptocurrencies like bitcoin. But fans of the technology say it could be used in health care, supply chain logistics and other areas of finance.

“I certainly disagree with that,” Bankman-Fried said. “I should hope [Buffett] disagrees with that, too. I don’t think you should be running a company if he thinks that, but I don’t think he actually thinks that. I think that was very likely hyperbole,” he said. “He’s missed some of the power of blockchain — he’s also missed some of the impetus for it in the first place, and what’s driving people to want a new tool.” 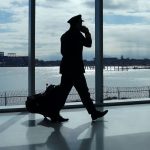