I wouldn’t sweat a possible amphibious assault on Odesa, or Belarus 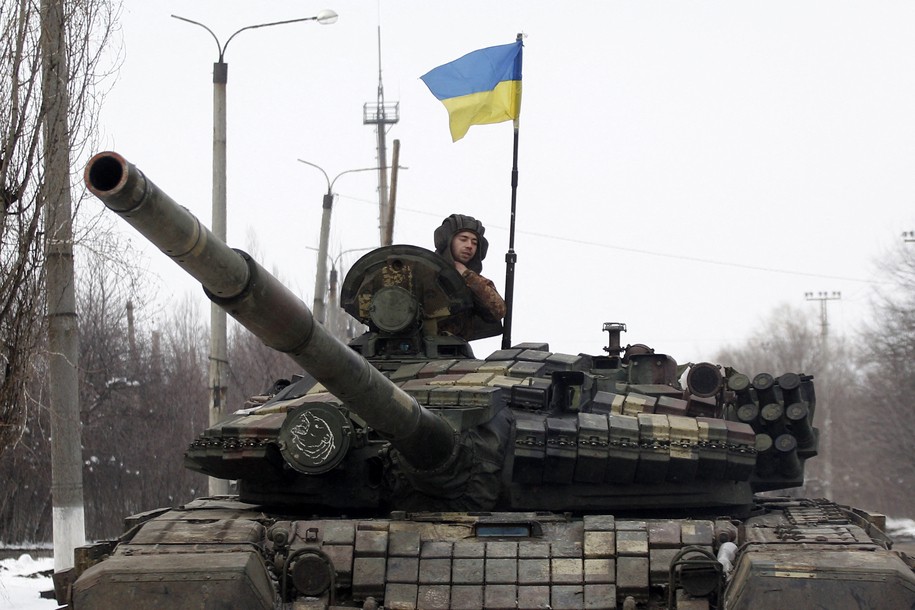 Mark wrote earlier about CNN’s incessantly breathless “Russia is XX kilometers from Kyiv!” reporting, since day two, even as most of the front lines in Ukraine have ground to a stalemate.  Yet again, today’s updates are all an amalgamation of “nothing much happened.” The Institute of War reminds us that “Russian forces have not conducted simultaneous attacks along their multiple axes of advance across Ukraine since March 4.” Eleven days! That’s … sad.

All one has to do is look at the Pentagon’s latest assessment to understand why:

Places where U.S. has seen NO movement from Russia in Ukraine, per senior defense official:
• NO movement of MORE 🇷🇺 troops into 🇺🇦
• NO evidence of MORE 🇷🇺 supplies coming into 🇺🇦
• NO indications of Belarus joining fight
• NO updates on 40-mi 🇷🇺 convoy that “remains stuck”

No more troops, okay, we’ve known that. Even what they have is way too thin for the multiple fronts they’ve opened. We should see some new ones stream in from Russian client states like Syria and the Georgian separatist regions, at some point, maybe. There is also general conscription in the separatist Donbas territory. But Russia itself? Putin is clearly afraid of betraying any hint of national sacrifice to his people.

What’s more shocking is “no more Russian supplies.” What the WHAT? For all the talk about Russia’s exposed supply lines, we at least assumed that there was an effort to actually run supplies through them! There is only so much food troops can pillage from locals in the middle of a war zone. Without any real sustenance, with no fuel, and with no ammo … what’s the point? I’m going to hold out for the possibility that this is either a mistake, or a temporary situation. Because if there really are no more supplies for the invading army, it won’t be long before it collapses.

Not only does the Pentagon see no indications that Russia is joining the fight, Belorussian dictator Alexander Lukashenko explicitly said he wasn’t going to invade, “I want to emphasize once again that we are not going to get involved in this operation that Russia is conducting in Ukraine. The most important thing, as I tell those of you in the military, is that there is no need for that”

Lukashenko stole Belorussia’s last elections in 2020, and likely couldn’t afford the double whammy of body bags returning home (and given the sorry state of his army, there’d be lots of them), and the need to lean on his military to retain control. Meanwhile, if Russia can’t supply troops in the messy patchwork of fronts they’ve already gotten themselves into, what made anyone think they could support an entirely new axis way out west? It never made sense as anything more than a feint to force Ukraine to deploy forces on that part of the border. I’ve seen no indication Ukraine fell for it.

An amphibious assault on Odesa

This morning, satellite imagery suggested a long-expected amphibious assault of Odesa was finally underway. Nothing has materialized since, and the chances that something does is impossibly small. The allies in WWII had a 4-1 advantage over German defenders, and even then barely hung on to their beachhead. And even that required great subterfuge, with Germany convinced the actual landing would happen far to the north, and maybe even Norway.

According to that satellite image I linked above, there are five landing ships. Now, this isn’t my particular area of expertise, but the google machine tells me that in Russia’s Black Sea fleet, these carry 300-350, and between 10-13 battle tanks, depending on which ships were talking about. So are we really thinking that Russia is going to hit a mined, missile-defended, with defensive fortifications with about 1,500 troops? Russia has done some boneheaded moves this war, like their repeated airborne drops deep in Ukrainian territory in the early days of the war (all of them easily wiped out). But this would be beyond stupid. I looked for any history of a contested Russian amphibious landing, and found none. These things are hard for the most competent militaries, and Russia has zero experience doing it, and obviously lacks the competence. Do their marines even know how to swim? We can’t assume anything anymore.

Like Belarus invading Ukraine, I don’t feel like I’m out on a limb predicting that no, Russia will not stage a contested amphibious landing against prepared defensive positions, with zero element of surprise, and no hope of resupplying those troops even if they manage to cling to some beach. The most likely scenario is they’ll disembark on a friendly port and join the war on foot.