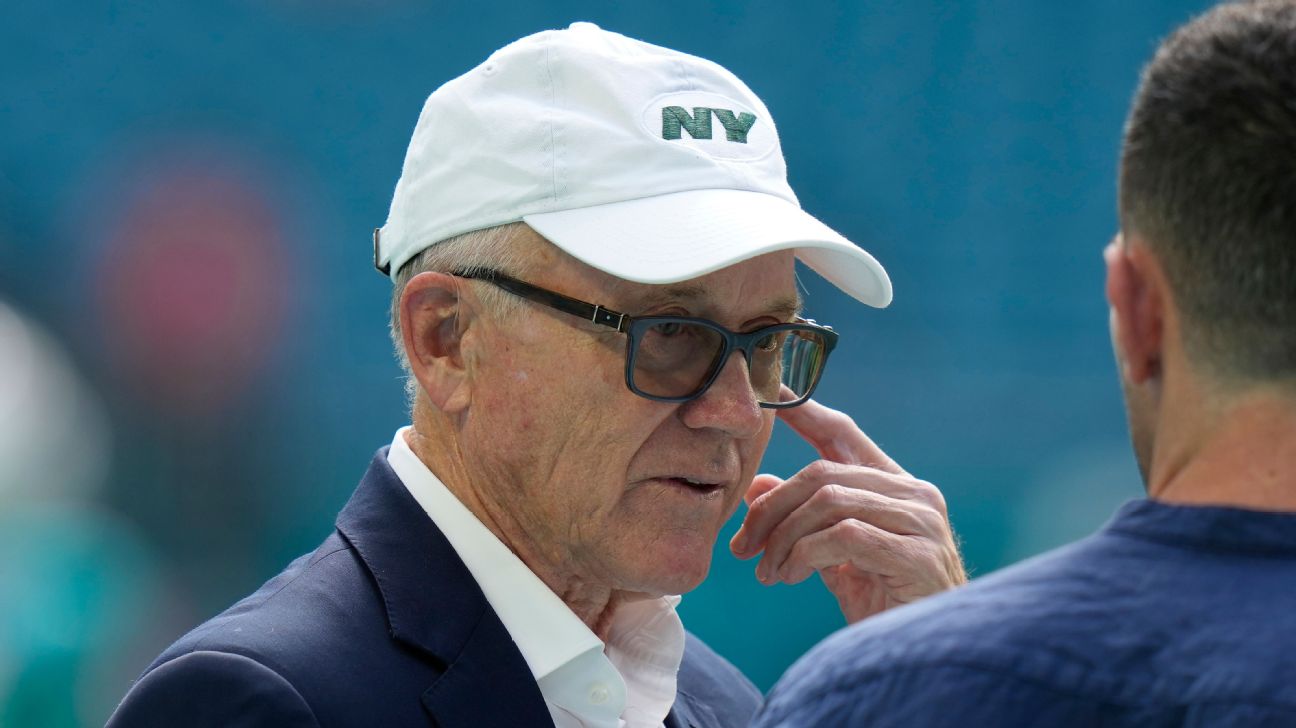 FLORHAM PARK, N.J. — Owner Woody Johnson believes the New York Jets are a quarterback away from ending their 12-year playoff drought, and he’s willing to spend big bucks for a proven veteran.

“Absolutely,” he told a small group of reporters Thursday in his office at the Jets’ facility. “We’ve got a cap, so there’s an amount you can spend. But, yeah, yeah. That’s kind of the missing piece.”

Zach Wilson was supposed to be a key piece when he was drafted second overall in 2021, but he was benched twice in 2022 and appears headed for a backup role in 2023. Despite his struggles, and those of the offense, “this team is loaded and ready to go,” Johnson said.

“Our defense was an unbelievable story you saw this year, from last place to close to the top in defense in terms of every measurable,” he said. “If you can do the same thing on offense, it looks pretty good, right?”

The Jets already have invested $35 million guaranteed in Wilson. The plan is to keep him, according to Johnson, but he acknowledged, “Zach had a tough year, there’s no denying that. I still have confidence that I’ve seen some kernels of real talent there. … [His] confidence level, whatever it was, went down, so that was certainly frustrating for him. And then we had that rotation, which is very hard to do in the NFL — changing quarterbacks.”

The quarterback instability (three different starters) contributed to the late-season collapse — a six-game losing streak that cost the Jets (7-10) a playoff spot and left Johnson fuming after each loss, sources said.

The fallout has begun. The Jets confirmed the departure of offensive coordinator Mike LaFleur, calling it a mutual parting. In addition, offensive line coach John Benton is out. They’re also in the market for a wide receivers coach because Miles Austin is suspended for one year for betting on professional sports.

Johnson claimed he didn’t force coach Robert Saleh to make the staff changes, saying he wasn’t part of “the decision-making tree,” but the owner admitted it was “very frustrating” to witness the offensive meltdown — no touchdowns in the final three games.

After two non-playoff years together, Saleh and general manager Joe Douglas will be under pressure in 2023. Johnson wouldn’t say they have a playoff mandate.

“No, I don’t do mandates,” said Johnson, who has reached the postseason six times in 23 years of ownership. “We’ve had a long wait. Fifty-four years from the last Super Bowl is too long, way too long. I’d like to change that fast, but mandates don’t work.”

There was no mandate, per se, but Johnson made it clear he believes the roster is playoff-ready, saying it includes “all those young, unbelievable stars.” Johnson said he’s optimistic about a turnaround in 2023, pointing to how the defense flipped in one year. It went from 32nd to fourth in yards allowed.

The offense finished 25th, one of the reasons the Jets moved on from LaFleur after two years. Publicly, Saleh advocated for keeping LaFleur, fueling speculation that his hand was forced by Johnson.

“There are 32 owners in this league, and they have every right to ask questions and challenge thought, and have all the discussions they want,” Saleh said. “That happens in every building. But at the end of the day, Woody gives us full autonomy with regard to decision-making. And he’s completely supportive of any decisions we make.”

Because of the unsettled quarterback situation, and with 2023 being a potential make-or-break year for Saleh, it might be hard to attract top coordinator candidates. Saleh disagreed, saying they have young talent and a strong defense. He said the new coordinator will have input into the quarterback decision.

“We’re going to be as aggressive as heck when it comes to quarterback play,” he said, “and make sure we do everything we can to satisfy that position.”