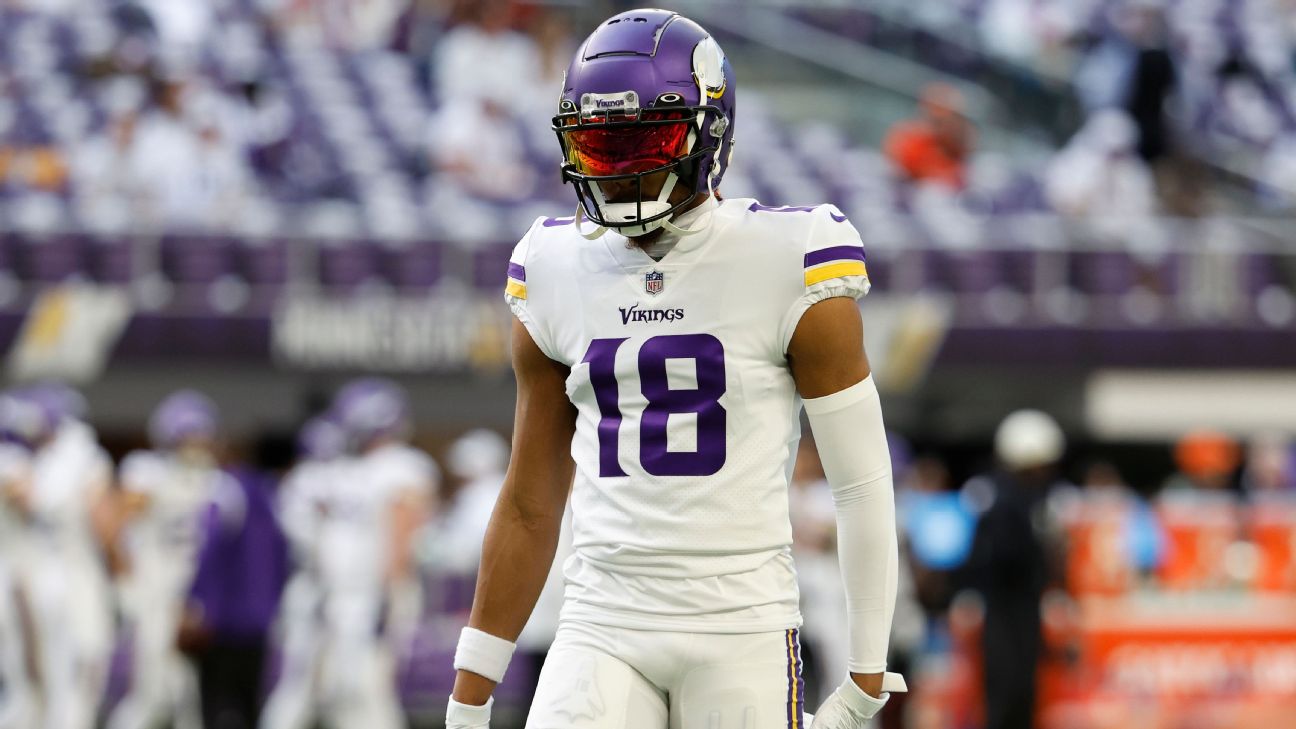 MINNEAPOLIS — Justin Jefferson has now had arguably the best season for a receiver in team history. Greg Joseph has the franchise’s longest field goal. And the team itself has performed better in close games than any other in NFL history.

Those were the historic takeaways of yet another thriller involving the 2022 Minnesota Vikings in what was a 27-24 victory over the New York Giants at U.S Bank Stadium on Saturday. By the time it was over:

• Joseph had drilled a 61-yard field goal to win it with no time left, beating the previous team record by 5 yards.

• The Vikings had become the first NFL team to have 11 one-possession victories in a season. Saturday’s game was the sixth the Vikings have won this season with a score in the final minute of the fourth quarter or in overtime, also an NFL record, according to the Elias Sports Bureau.

“As much as I don’t like it,” Jefferson said, “it’s normal at this point. It’s just us going out there and just making plays and doing what we need to do to get the victory.”

Indeed, the Vikings would prefer to win games in less stressful fashion. But if nothing else, their high-wire act is now memorialized in NFL history. Although they are tied for the NFL’s second-best record at 12-3, the Vikings haven’t won a game by more than one score since Week 1. It has been a remarkable turnaround from last season, when the same core of players lost eight games by one score.

First-year head coach Kevin O’Connell focused on situational football starting with the first day of training camp, but even he admitted Saturday he never thought that emphasis would play a role in so many victories during his first season as an NFL coach.

“Our guys have the ability to play with a quieted mind,” O’Connell said, “and just understand the situation of pitch and catch … and have maybe the best execution all day in those [key] moments, and that’s a theme for our team. Now what we’ve got to do is find a way to create that kind of urgency and execution level throughout four quarters and we’re going to see something really special with this team.”

“I got to be out in front making sure that I push our team to understand 12 wins is great,” he added. “We’ve earned each and every one of those wins, sometimes right down to the very end. Most times right down to the very end. We’re still building something here that every moment we get to prepare [and] grow as a team, those things matter, and we’ve got to take advantage of them.”

Jefferson broke Moss’ record on his second catch on Saturday, a 25-yard reception from quarterback Kirk Cousins in the first quarter. Jefferson finished the game with 133 yards on 12 receptions and a touchdown that gave the Vikings a 24-16 lead with 3 minutes remaining. He now has 1,756 yards receiving yards. Although he has the advantage of a 17-game season, Jefferson broke Moss’ record in 15 games; it took Moss 16 games to get to 1,632 in 2003.

“It’s an honor to break [Moss’] records and be in the conversation with him,” Jefferson said. “But he has the golden [Pro Football Hall of Fame] jacket. That’s what I want at the end of my career, and so I’m still chasing him, for sure.”

Meanwhile, Joseph had been working toward this moment all season. His 56-yard field goal in a Week 1 victory over the Green Bay Packers tied the team record, but he later went through a rough patch in which he missed five consecutive kicks from 50 yards and farther. He also missed five extra points in a span of six games, but he has converted 12 straight after making a series of technical adjustments. Joseph hasn’t missed a field goal since Week 8, having converted 13 consecutive attempts.