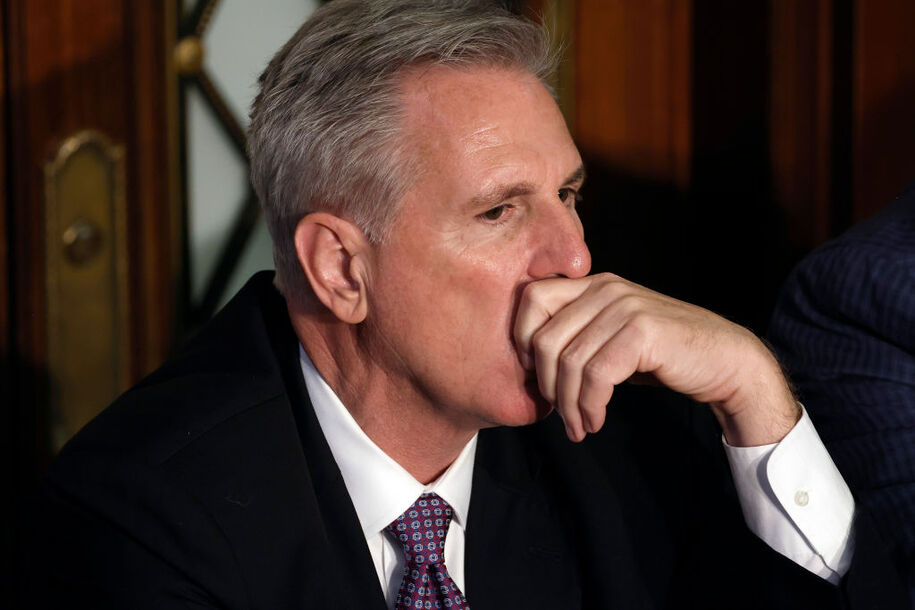 If he were a thinking person, you might surmise he was examining the life choices he made that got him here. He’s probably not.

The House is coming back in to resume voting for the speaker’s job. Or not. It’s not entirely clear right now if they are ready to keep voting or if Kevin McCarthy is done groveling to the maniacs. He gave in on one thing in the break they took this after: his Super PAC, the Congressional Leadership Fund has agreed to the Club for Growth’s demand that it stop getting involved in safe open-seat primaries. Meaning the next generation of Boeberts and Greenes will have an even easier path to Congress. CFG now says it will endorse McCarthy. You thought maybe it was about policy? Of course it’s not about policy.

There’s still plenty to be resolved, and it wasn’t clear up until press time whether or not votes will continue tonight. Four maniacs are still opposed so it’s a dicey proposition for McCarthy. Settle in and we’ll see what happens!