Parkland Massacre Gunman Gets Life In Prison, Not Death Penalty

The gunman responsible for the Parkland Florida school shooting massacre will be sentenced to life in prison – and be spared the death – sentence despite killing 17 people during the 2018 mass shooting.

After just a day of deliberations, which lasted for six hours, jurors returned a verdict recommending life in prison without parole, while a formal hearing for sentencing will take place next month, according to CNN.

Cruz escaped the death penalty due to a Florida law stating jurors must unanimously recommend execution, leaving a life sentence the only option on the table. 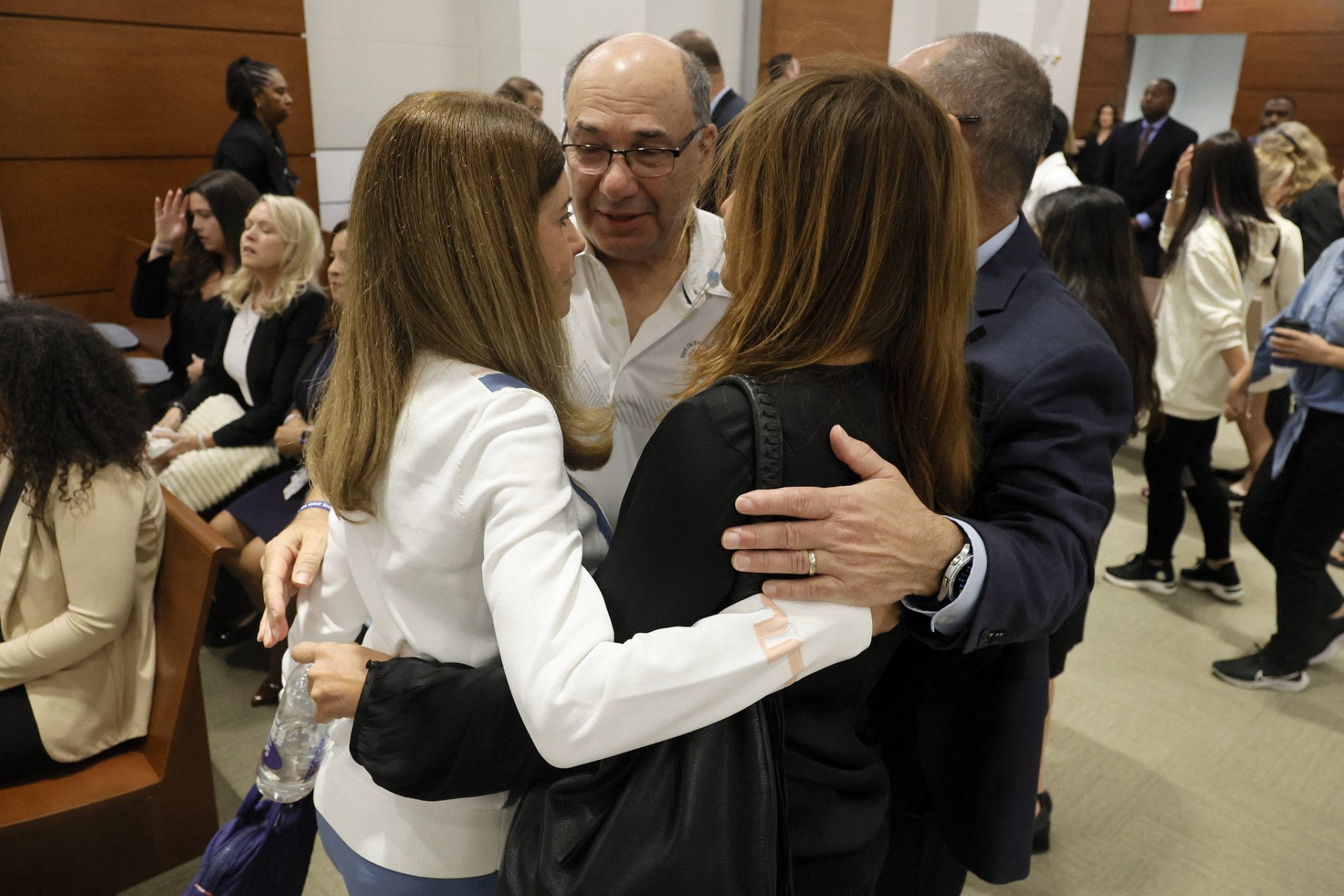 Linda Beigel Schulman, Michael Schulman, Patricia Padauy Oliver and Fred Guttenberg, family members of the victims, hug inside the courtroom for an expected verdict in the penalty phase of the trial of Marjory Stoneman Douglas High School shooter Nikolas Cruz at the Broward County Courthouse in Fort Lauderdale, Florida on October 13, 2022. (Photo by AMY BETH BENNETT/POOL/AFP via Getty Images)

Reuters had initially and erroneously reported that the jury recommended the death penalty for Cruz, however the outlet issued a correction shortly thereafter.

The sentencing recommendation comes on the heels of a three-month trial where prosecutors had argued Cruz’s crime was premeditated as well as cruel and heinous, which are necessary to establish a death sentence per state law.

While Cruz’s defense team had acknowledged the severity of his crimes, they did request that the jury consider mitigating factors such as lifelong struggles with mental health disorders, reportedly stemming from his biological mother’s drug abuse during pregnancy.

The courtroom was an emotion scene, with families and friends of victims tearing up as the judge read all 17 names in the order they were shot by Cruz as the life sentence was recommended.

During the sentencing trial, which ended on Tuesday, prosecutors painted Cruz as a cold and calculating murderer. Meanwhile, Cruz’s defense attorney claimed he was just a “broken, brain-damaged kid” who was a victim himself of his mother’s drinking and drug use.

BREAKING: A jury has recommended life in prison without the possibility of parole – instead of the death penalty – on all counts against Parkland massacre gunman Nikolas Cruz. pic.twitter.com/bqYLWpWknK

During the sentencing recommendation on Wednesday, the jury had asked for a readback of two testimonies as well as the AR-15 that Cruz used in the shootings.

Jury Requested To See AR-15 Cruz Used In Massacre, Which He Legally Purchased In 2017

The Broward Sheriff’s Office objected to providing the jury with the firearm for “security reasons,” however it was ultimately decided that the gun would be shown sans firing pen, according to CNN.

In 2017, Cruz legally purchased the lightweight semi-automatic rifle, which was previously shown to jurors during witness testimony in July.

The jury had also been shown photos Broward Sheriff’s Sgt. Gloria Crespo took of the dead bodies of five students as well as teacher who were killed by Cruz on the third-floor of the school, all having been shot at short range.

The Parkland, Florida massacre remains the deadliest mass shooting that’s ever gone to trial in the history of the United States, with the nine other gunmen who fatally shot a minimum of 17 people died during or immediately after the shootings by suicide or police gunfire.