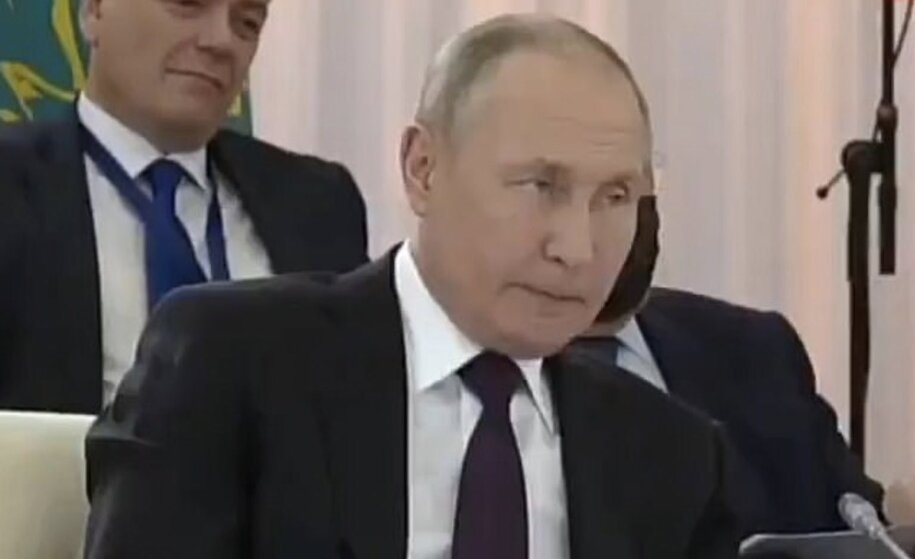 We still don’t know the extent of a new Ukrainian offensive down in Kherson oblast in southern Ukraine. While Russian Telegram sources and at least one Ukrainian artilleryman on Twitter (quickly deleted, because OpSec) have reported mass artillery barrages, there has been no conformation of on-the-ground movements. 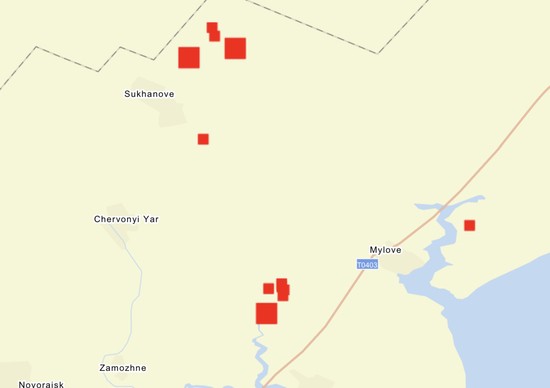 In this map you can see that this would place fighting well below the previously recognized front lines. 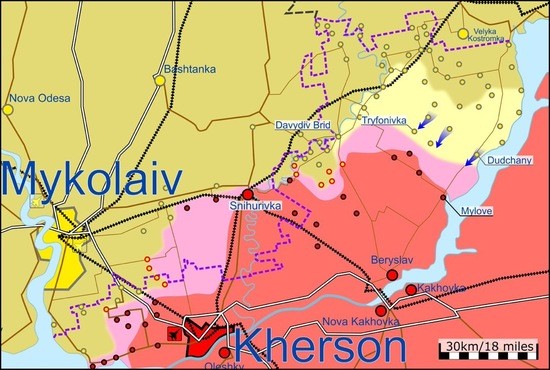 That MyLove cluster of fires is in a dirt road intersection that loops around the edge of that estuary-reservoir-river-whatever-it-is. There are no structures of any kind there. Whatever is burning there, it’s someone’s equipment. And it’s big.

FIRMS fires around Sukhanove also suggest Ukraine is putting pressure across a wider front than just Mylove itself. Last time we closely tracked FIRMS, it was Russia pushing the lines into Ukrainian-held territory. It’s nice seeing the situation reverse.

We’ve been tracking the disaster that is Russia’s mobilization efforts. Well, things have taken a particularly dark turn at one mobilization site:

Update: according to preliminary data, 22 people were killed and 16 injured. Two of the three shooters were killed by return fire, one escaped.

The casualties (and perpetuators) are said to be recently mobilized.

Once upon a time, Russian dictator Vladimir Putin struck fear in the heart of his neighbors, and he loved to exert dominance by being always late to meetings. Nowadays, he gets regularly stood up and lectured by his neighbors. The latest was particularly direct and humiliating, from Tajikistan dictator Emomali Rahmon (who was late to a meeting with Putin at a different gathering last month).

Here’s a loose translation of the remarks in text:

Your businessmen come and rob us of our natural resources, they are not interested in anything but oil, gas that will enrich them. But how about our industry? Our national strategic interests? You don’t care!

I was there when the Soviet Union collapsed, I’ve witnessed it. I know why it has collapsed- it is for the same things you are doing now. It did not support the small nations, did not help them develop economically, preserve culture, traditions. Same as you!

We are not a big nation, we are not a hundred million nation but we have our history, we have our culture and traditions and we love them. We do not want your money, we want to be respected as we deserve.

We host your military bases, we do everything you ask for, we really try to be what you pretend to be to us “strategic partners.” But we are never being treated like strategic partners! No offense, but we want to be respected! (Loose translation summary)

If only Putin had an army left, he’d show this insolent Rahmon a thing or two! But he doesn’t have an army anymore, which is why the Tajik leader felt emboldened to unload as his fellow Central Asian heads of state watched approvingly. These screencaps really do capture the vibe: 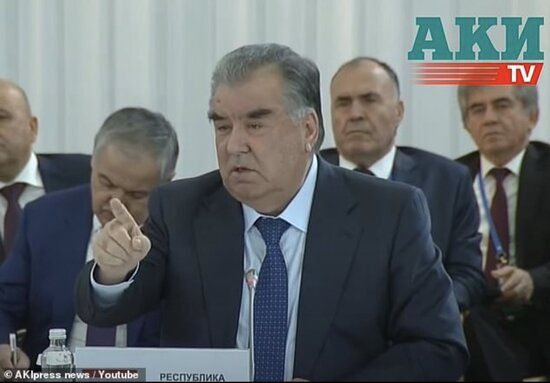 There was even finger wagging! 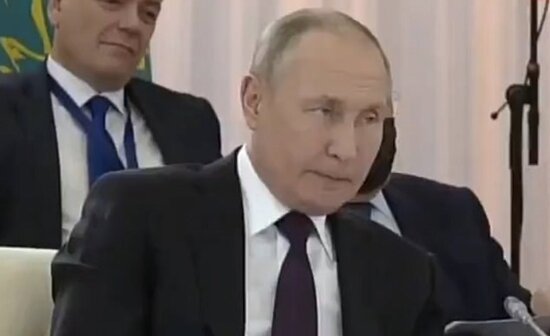 Putin suffering the lecture, because no one fears him anymore

Other than Belarus, which is playing its own rope-a-dope games with Russia, the rest of Russia’s neighbors all agree. Russia is more isolated than ever.

Speaking of Belarus, there is still no real sign it plans on entering the war, no matter how much it pretends otherwise. That’s why the country is happy to ship off its decrepit old tanks to Russia. If those tanks are destined for destruction (and they are), best to have Russians inside them.

On the other hand, Belarus is still pretending to threaten northern Ukraine with a new joint “regional group.”

The Belarusian Defence Ministry has published a video of the arrival of the first group of Russian troops from the ‘joint regional group of forces’ announced by Lukashenko last week. pic.twitter.com/4tymJBTK0I

This is all for show. If Russia and Belarus were serious about opening up a new front near Kyiv again, they wouldn’t be shipping the armor off to Russia and who knows where in Ukraine (somewhere in the Donbas, presumably).

And remember, Russia’s best VDV airborne troops, with no fortifications north of Kyiv, never reached the Ukrainian capital. Today, Ukraine has heavy fortified the border and approaches, has well-entrenched battle-hardened territorial defense forces manning those lines, and has HIMARS/MLRS. Just imagine what HIMARS would’ve done to that “40-mile column” in the early days of the war. Russia hasn’t solved its logistical issues, and poorly trained mobilized rabble, the same ones complaining about lack of shoes and killing each other in Russia, are going to be even less of a threat than the shit Russia previously sent on that approach.

Iran’s protest movement is now 30 days old, amazingly, and only seems to be getting stronger.

Let’s do some memes. 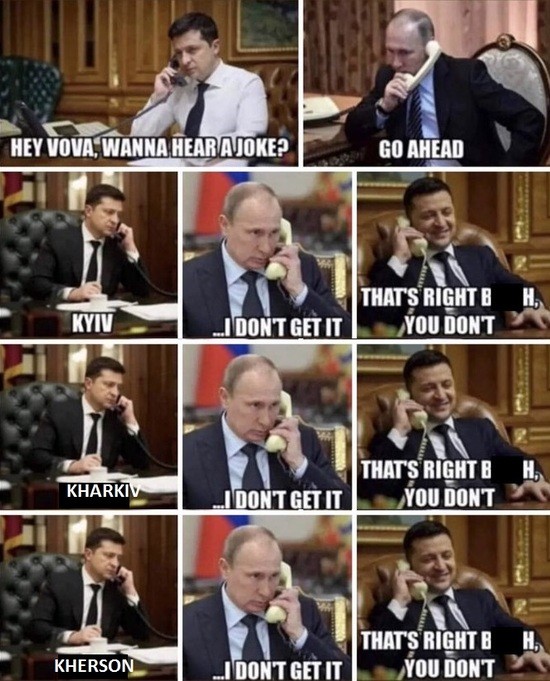 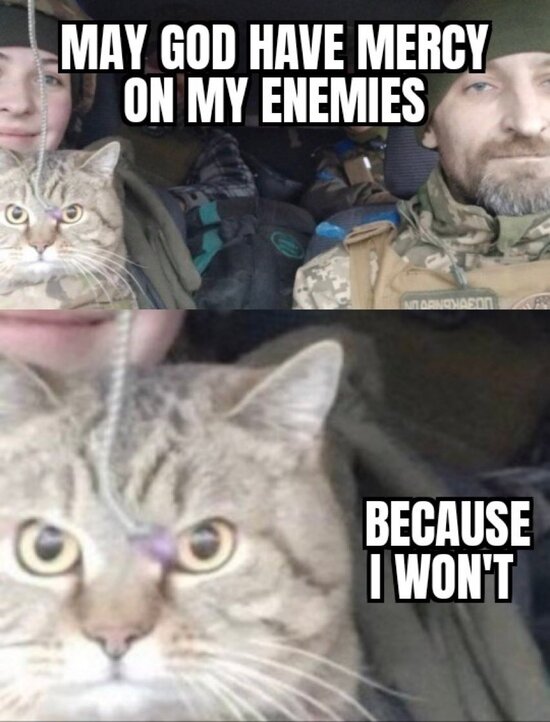 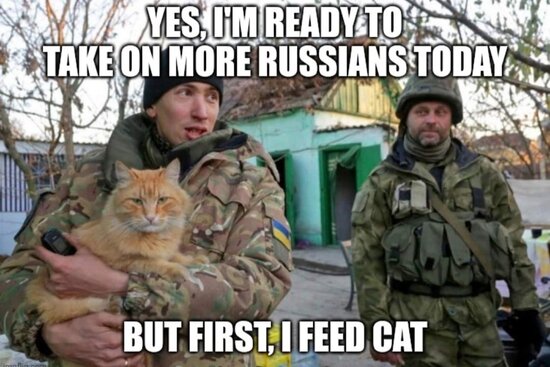 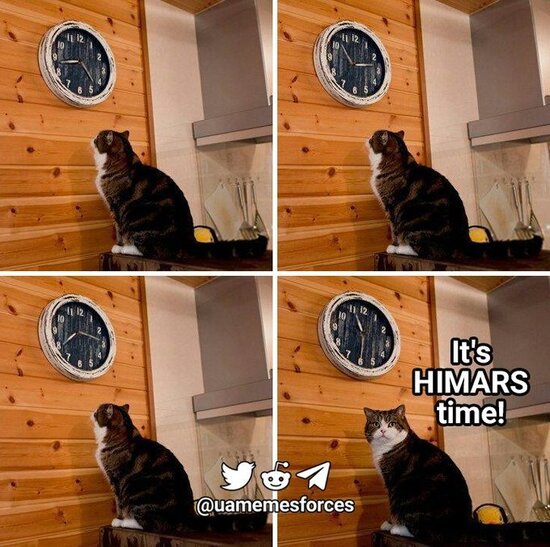 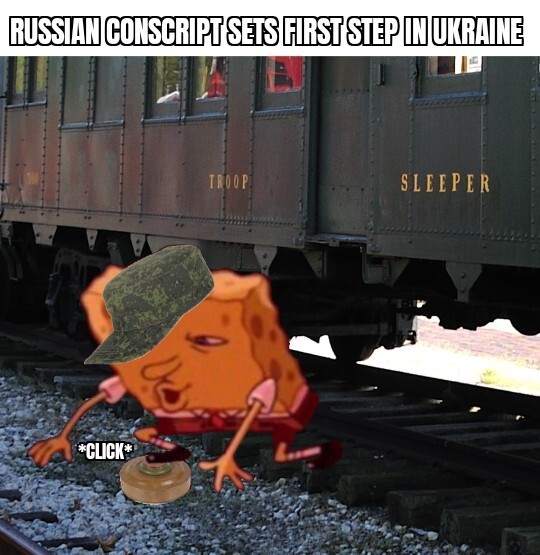 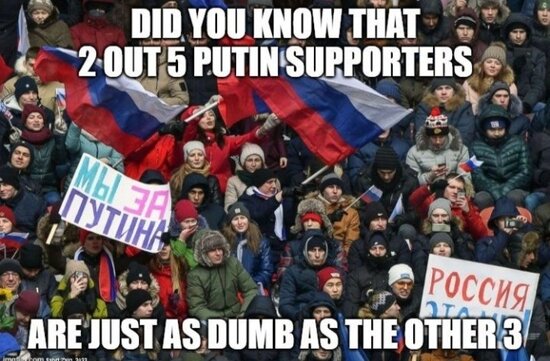 On this week’s episode of The Downballot we get medieval on the traditional media for its appalling display of ableism in the wake of John Fetterman’s recent NBC interview; recap the absolutely wild goings-on in Los Angeles, where City Council President Nury Martinez just resigned after a racist tirade was caught on tape; dive into the unexpectedly close race for governor in Oklahoma; and highlight a brand-new database from Daily Kos Elections showing how media markets and congressional districts overlap.