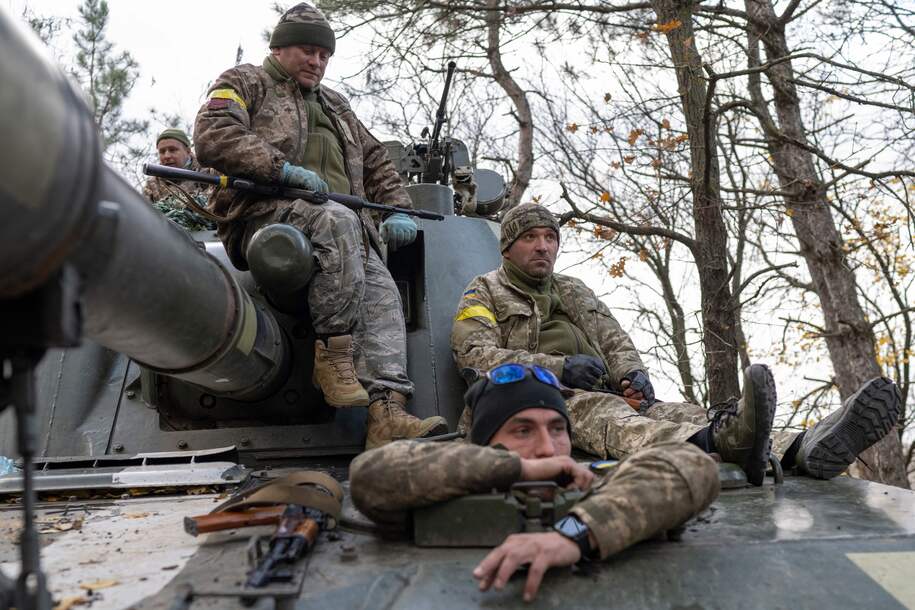 Tell me if you’ve heard this story before. On Thursday morning in Ukraine, there are claims that Russia is packing up to leave the right bank (west side) of the Dnipro River in Kherson Oblast, including the city of Kherson. On both Telegram and Twitter, there are reports that the majority of Russian forces have already been shifted to the opposite bank. In Kherson, on-the-ground videos show that the Russian flag has been removed from the headquarters of the occupation government, and people moving around the city are finding checkpoints unmanned. In the immediate suburbs, even more, checkpoints are reportedly standing empty as busses sail past open barricades.

If you’ve been reading these updates for more than two weeks, then you’ve definitely heard these stories before. In mid-October, reports that Russia was departing Kherson came hot and heavy, backed with videos showing Russian equipment being loaded onto barges, Russian troops making off with truckloads of stolen home appliances, and reports that Ukraine was resuming its rapid counteroffensive in the field. There was even an official evacuation order for residents of the city, and several thousand civilians, who were probably not all Russian collaborators running for their lives, lined up to be taken away by boat.

Something up in Kherson. 🇷🇺 Russian flag’s come down from admin building, tho Kremlin propagandists say flags still fly over other buildings. Video shared in closed Telegram group appears to show Kherson residents on a bus cheering as they pass an abandoned Russian checkpoint. pic.twitter.com/WgMvxJN7PE

But within a few days, what had seemed like a collapse, turned right back into the status quo. Two weeks later, Russian and Ukraine are not only still fighting it out in the same series of small villages to the north, Russia actually pushed Ukraine out of one of those villages on Monday. West of the city, the fortified town of Snihurivka is still in Russian hands (though Russia took a thumping in the area on Tuesday and Wednesday). The evacuation seemed to end as quickly as it began, leaving most of the residents—and Russian soldiers—right where they had been before.

It’s easy to be skeptical of anything happening in Kherson this Thursday, especially when some of the evidence that keeps being repeated is a single missing flag. Last time these signals were being passed around, even Russian military bloggers seemed to be in agreement, with a Telegram channel associated with the Wagner mercenaries bemoaning the loss of Kherson. This time, there’s a lot more disagreement, with the Telegram channel of the “Russian Legion” bragging that Russia is actually expanding operations in Kherson, and that it has Ukrainian forces on the run. On the other hand, Russian Telegram channel Gray Zone claims that the flags have been removed from buildings in Kherson exactly because Russian forces are leaving, and they’re tired of all those videos in which Ukrainians tear down Russian flags and stomp on them.

There are also western military officials out this morning’s saying that Russia’s withdrawal from the right bank is “well advanced” and that Russia has conducted “a temporary bolstering” of front-line forces to cover its retreat. Which seems like something that fits all the evidence.

And now comes the part where I make the admission that everyone must be tired of hearing by now: I don’t know what’s actually happening.

I definitely want to believe that Russia is departing Kherson. Ukraine’s first attack on the Antonivskyi Bridge back in July was like the starting gun for Ukraine’s reversal of the Russian invasion. It seemingly overnight put Russia on notice that it could no longer control the tempo of the war, or determine the place where fighting would take place. On July 19, Ukraine struck the bridge. On July 20, someone back in the Kremlin finally got it—the effort on the western side of the Dnipro was unsupportable.

Russian efforts to bring across men, ammunition, and equipment by barge or pontoon bridge cannot be adequate for a long-term, sustained, high-intensity conflict. I very much want to believe that the reason Ukraine has not been making rapid advances over the last two weeks, is that they are determined to sit there, make Russia fire off as many shells as possible, and wait until they see Russian’s picking up sticks and stones before they walk in to mop up. This morning, Russian officials are reporting that their troops have repelled new Ukrainian attacks at Mylove, Sukhanove, Bruskynske, and Ishchenka — which makes it sound very much as if Ukraine is probing that whole north Kherson front. It doesn’t seem that front has folded yet. But it will.

There will definitely be a day when Russia withdraws from Kherson. I just don’t know if it’s this day. We will keep monitoring what happens in Snihurivka, and in all the towns along the line north of Beryslav, for signs that Ukraine is walking in. Hopefully that will come soon.

Oh, and this doesn’t get said enough: Russia’s giving up on Kherson is an absolute sign that they will never get their f**king hands on Odesa.

IAEA has checked 3 Ukrainian facilities in focus of Russian disinfo and found no evidence of any ‘dirty bombs’. I thank @rafaelmgrossi for IAEA’s excellent and prompt cooperation which helped counter Russian falsehoods. Russia has confirmed its status of the world’s top liar.

Note that this conversation isn’t just about Kherson.

“We’re seeing a force gradually growing with the arrival of mobilised reservists—but a low quality one likely little suited to complex offensive operations. Above all, the Russians are critically short of munitions.”

🧵 Western official, with an update on the war on November 3rd. Quite a few useful insights on Russia’s withdrawal of command elements from Kherson right bank, possibility of “operational level” developments in Svatove in east, and playing down of nuclear risk & Belarus front.

Note that these cities are on the left bank (east side) of the Dnipro.

Cars with loudspeakers drive around Kakhovka and Nova Kakhovka, warning that everyone must leave the city by November 7, deputy of the Kherson Regional Council Serhiy Khlan said during a briefing. pic.twitter.com/73gpuQIq7J

Overnight, Ukraine again sent precision weapons at the Kakhovka Bridge. Fires that were initially reported to be in the power plant, appear to have been in the short bridge section to the east. These evacuation orders are likely to ramp up concerns that Russia may intentionally damage the dam.