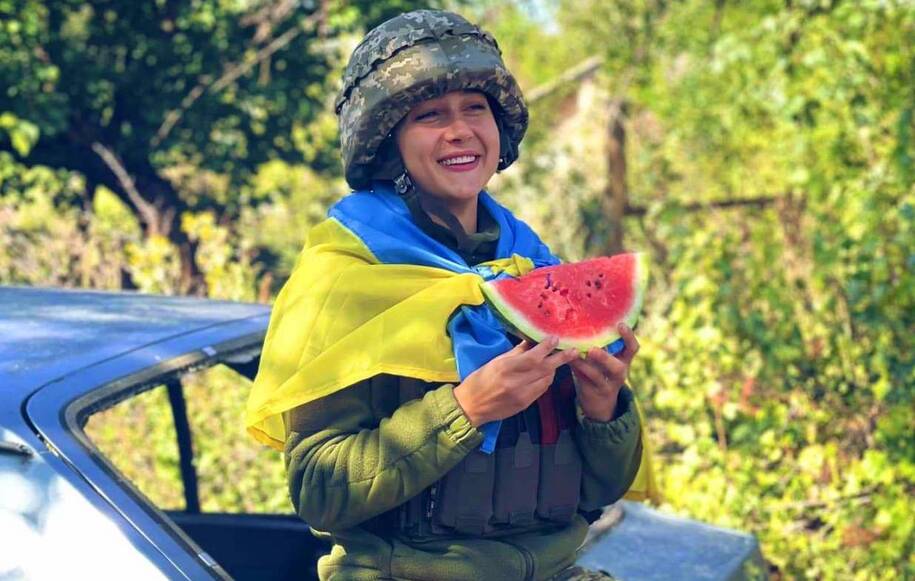 A moment of joy, somewhere near the front lines

Last night’s situational update from Ukraine General Staff had a rare and curious omission: there was no mention of any Russian/Wagner mercenary attack toward the Donbas town of Bakhmut. As much fun as we’ve had mocking Russia’s nonsensical attacks on a strategically irrelevant town, we may finally be seeing the culmination of Russia’s last offensive operation anywhere in the entire country of Ukraine. 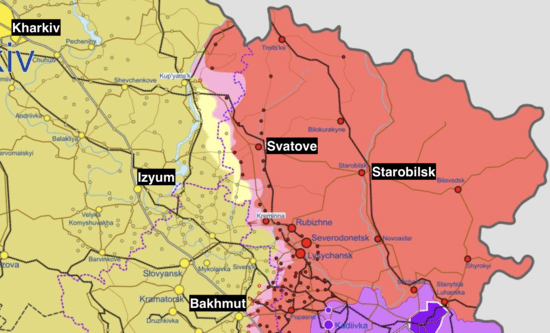 Bakhmut is in Donetsk oblast, and Ukraine’s General Staff says orders have come down to stop attacking.

In some areas of hostilities, in particular in the Donetsk oblast, enemy units began to receive orders from the top commanders to temporarily stop offensive operations. The main reason is the extremely low morale and psychological condition of the recruits, numerous facts of desertion from among the mobilized and non-fulfilment of combat orders.

There is also news that Ukraine has recaptured several positions near Bakhmut, suggesting either that Russia is fully spent, or might actually be retreating.

No, there is not street fighting in Bakhmut. Wagner have not entered the city. They have not captured Ivanhrad.

Wagner briefly took control over Ivanhrad, but a Ukrainian counter attack destroyed them and cleaned the town. It is now 100% Ukrainian. Opytne is 100% Ukrainian. pic.twitter.com/ZNbZ4dPnvU

Ivanhrad isn’t on the map, it’s the red circle area. It’s literally a one-street village. Yet Russian stans had celebrated its capture as some kind of epic victory. It’s sad and pathetic. And even if Russian forces somehow made it into Bakhmut, there’s a river running through town that they couldn’t possibly ever cross. It’s all so futile, and has been for months!

Want more evidence of Russia’s culmination? They are busy building defensive lines well behind the front lines, around 35 kilometers to the east of Bakhmut.

The Russians are creating a defense line in the Luhasnk Oblast reminiscent of the Second World War. The defensive line consists of two rows of “dragon’s teeth”, followed by a trench probably meant to stop vehicles, then firing positions for infantry and vehicles.

This new defensive line is even behind Popasna, which Russia occupied back in early May. 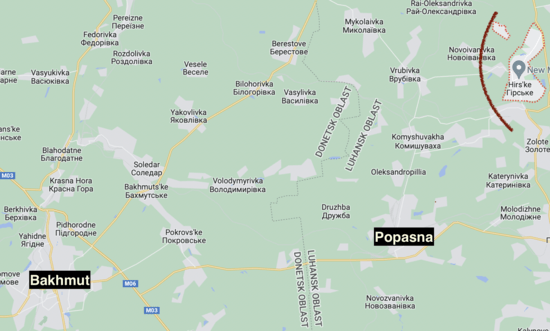 Red line are the new defensive lines currently under construction

You might be wondering, why is Russia building such elaborate defenses so far behind the current front lines. It’s not a trick question, the answer is obvious: Because Russia doesn’t have faith it’ll hold those existing lines. There’s literally no other explanation.

Warner might still rustle up some more prison cannon fodder to mindlessly throw at Bakhmut. They are so desperate for a victory, any victory, that they might see it worth their while. But no one builds defensive lines deep in their backfield if they really expect to advance.

This is exciting, as this puts Ukraine on the P07 road with a straight shot down to Svatove. (Not sure why DefMon calls it P66, as that’s further south.) Perhaps even better, those forces can take that road to the northeast, cutting off Svatove’s northern supply lines. Remember, Ukraine doesn’t actually want to take the city head on. It’s much better to envelope it from multiple sides. That position on the P07 highway opens up several approaches, adding to the pressure on Svatove. 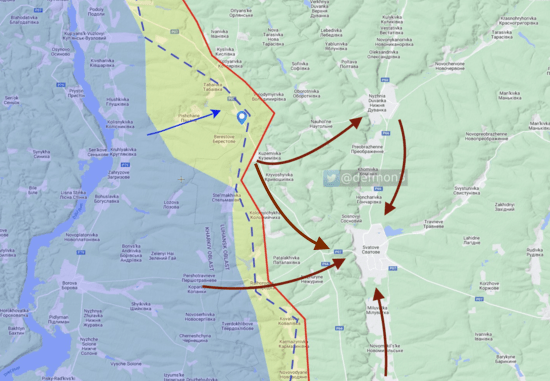 That’s the dream, Ukraine still has got a ways to go. Now notice that north-south ridge line running through Svatove’s eastern edge. Unfortunately for Russia, it features a gentle west-facing slope, making it harder to defend. Once Ukraine takes it, all those towns to the east of that ridge line will be impossible to defend.

The unseasonably wet conditions might end up Russia’s best friend for the next month or so as we see the return of Ukraine’s famous mud. Yet the weather might also be Russia’s biggest nightmare, as nighttime temperatures are now hitting freezing. Russa’s ill-equipped cannon fodder will have even more of a reason to quit.

There’s a steady stream of the smartest Russian mobilized turning themselves in at this border crossing near Kharkiv. The alternative is this:

Five Russian mobilized men from Chelyabinsk Oblast have died, the regional authorities informed, without providing details regarding the circumstances.

The relatives of one of the five shared a death notification that reads that her husband has been killed in Ukraine on Oct 8. pic.twitter.com/8SdF8JOS2r

“FYI, your husband is dead.” A piece of paper with an official looking stamp. That’s it.  And check this out:

Recently mobilized #Russian soldier shows his everyday life in the camp. They don’t receive anything, so to survive, they need to steal basic things like mattresses or wood stoves from others. pic.twitter.com/wk9Aj1u1zs

If they’re already sick and barefoot, but with tents and wood stoves at least, imagine what it’s going to be like in Ukrainian trenches with no jackets, no heat, no tent, and a hell of a lot colder.

Borrel has stated:
“Any nuclear attack on Ukraine will bring a response, not a nuclear response, but a military response so powerful that the Russian army will be annihilated”

Getting clearer.
He’d have been authorized to say this.
If no screams by tomorrow AM, it’s the line https://t.co/rFd3n57pvn

Josep Borrell is the European Union’s security chief. Vladimir Putin knows NATO can back this threat up. There’s already little left of Russia’s military. NATO would finish off its navy and remaining Air Force.

For the third time this year, Turkish President Tayyip Erdogan has made Putin wait before a joint meeting.

Putin used to get his kicks off making other people wait. Those days are gone.

Putin has always been late for meetings:

In 2022, the great Putin is waiting for the President of Kyrgyzstan. #Ukraine️

Top Russian propagandist Vladimir Solovyov says Russians were so excited to see the latest strikes against Ukraine, because they weren’t sure there was enough weaponry in their storehouses, since their uniforms, equipment and ammunition for the mobilized are nowhere to be found. pic.twitter.com/HF6woyEnhZ

Russia’s celebration has become short lived, however, as they begin to realize that their armed forces can’t maintain that level of destruction longer than a single morning. According to Ukraine’s General Staff, Russia launched only three missiles on Thursday. Sure, they also shelled civilian areas with GRAD MLRS rockets and Iranian drones, but those won’t seriously threaten Ukraine’s core infrastructure. Pro-Russian ghouls can dream about freezing Ukrainian civilians the winter, but Russia simply can’t deliver. Russian troops in trenches, on the other hand? That’s guaranteed.