Scuffle in Pistons-Magic leads to three players being ejected 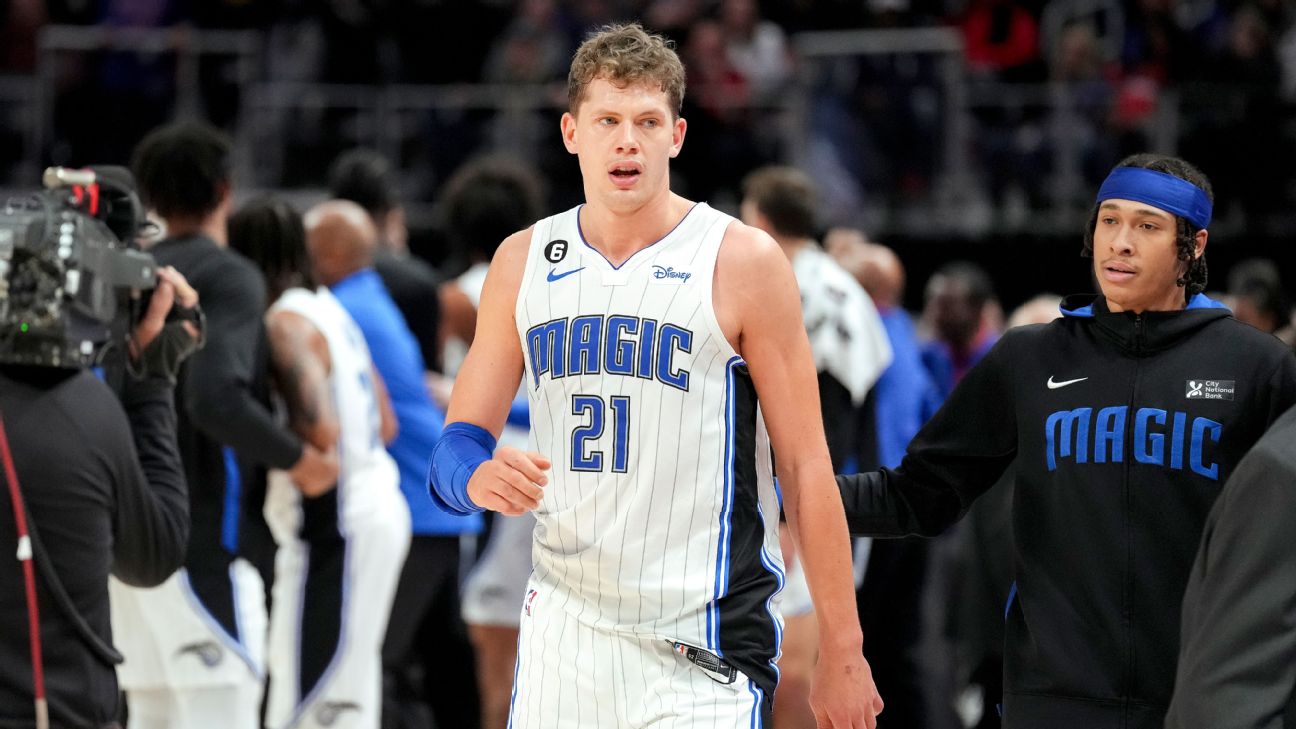 DETROIT — Three players were ejected after a fight between the Orlando Magic and Detroit Pistons late in the first half of Wednesday’s game.

Orlando’s Franz Wagner was ejected for a flagrant foul, while Detroit’s Killian Hayes and Hamidou Diallo were ejected for their actions during the ensuing scuffle in front of the Pistons bench.

Wagner and Hayes were chasing an errant Magic pass in the backcourt, with Wagner knowing Orlando would be called for a backcourt violation as soon as he touched it. As he slowed up to let it go out of bounds, Hayes tried to cut past him along the sideline.

Wagner hip-checked Hayes into the Detroit bench, starting a scuffle that involved every player on both teams.

Hayes got back up and appeared to strike Wagner in the back of the head.

The incident happened with 34 seconds left in the first half. The Pistons led 66-47 at the half.