Some bells can’t be unrung

The message that first sparked the comment from Judge Mehta came from defendant Thomas Caldwell, a retired Navy Lieutenant Commander.

The Justice Department contends Caldwell was critically involved in the coordination of a heavily armed “quick reaction force” that Oath Keepers arranged as part of the greater plan to stop the transfer of power.

In a Dec. 20, 2020 message on Facebook, Caldwell responded to a post featuring a retweet by former President Donald Trump that urged his supporters to “Fight for Trump!”

“Yeah, but what are we supposed to do first? Tell me who to shoot first,” Caldwell wrote.

While Caldwell’s defense has heavily relied on assertions that he was just being “macho” or blustering while he spoke freely online, Judge Mehta agreed with prosecutors. This comment, in the context of several others that Caldwell uttered, was reasonable for jurors to weigh.

Mehta admitted it into evidence and jurors saw it a little over an hour later.

Jurors also saw other messages written by Caldwell spanning from November 2020 to January 2021. Less than a week after Election Day 2020, Caldwell told someone named Adrian Grimes that he was going to a rally to support Trump’s “stolen” election claims.

“This may be the last hurrah or a final push to let people know we are not going down easily. Next step, they should know if Democrats throw out Constitution, it is civil war,” he said. 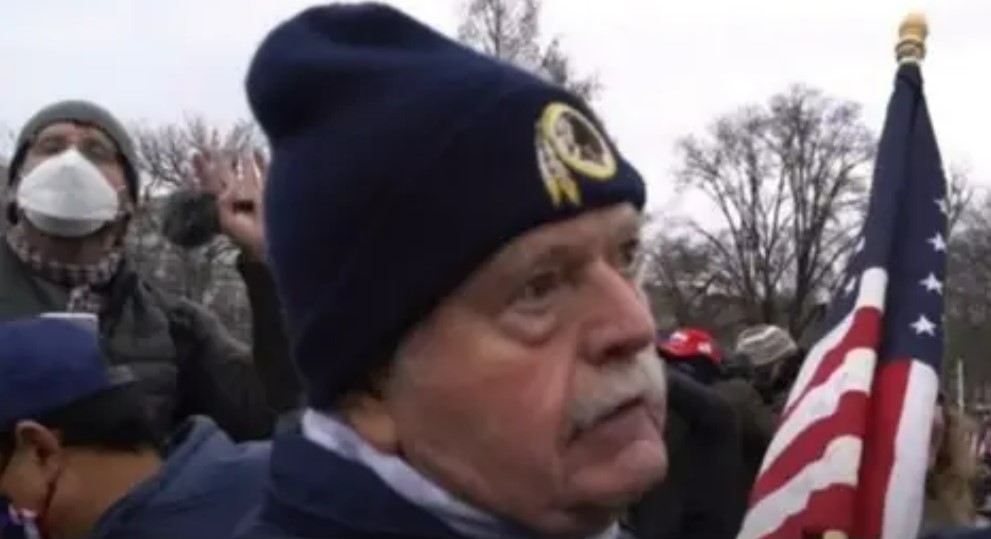 A week later, after an Oath Keeper named Doug Smith aka Ranger Doug told members in a group chat that “highly trained soldiers will be prepared to travel to Washington, D.C. to support these operations until we have secured the Constitution,” Caldwell spoke to Grimes again.

“If we cannot get the President another term, we are well and truly fucked. If we don’t start mowing down masses of these shitballs they will come for all of us. It’s kill or be killed I am afraid,” he wrote on Facebook on Nov. 14. “I kinda hope there is some shit tomorrow in some ways just so we can get on with it.”

Other messages sent weeks later in late December were of a similar theme but the tenor was more urgent. There were also more specifics laid out, prosecutors said, but the alleged intent was always consistent.

Caldwell told Oath Keeper Paul Stamey—who is uncharged—in late December that he would be in D.C. on Jan. 6 and that he booked the hotel in Arlintgon, Virginia where the quick reaction force or “QRF” would be stationed. A week after booking the hotel, Caldwell communicated with an individual in the altogether separate self-proclaimed militia group known as the Three Percenters.

“Shawn are you and any of your fellow Three Percenters having any kind of meetings to discuss the 6th of Jan in DC?” Caldwell wrote on Dec. 29 to someone identified as “TREES Shaw Pugh.”

A day later, Caldwell messaged his co-defendant, Jessica Watkins and informed her that 40 or more people were headed to D.C. from North Carolina. Caldwell, a Virginia resident, was in regular contact with North Carolina Oath Keepers.

On New Year’s Eve, prosecutors showed jurors messages where Caldwell posted on Facebook: “It begins for real Jan. 5 and Jan. 6 in Washington DC when we mobilize in the streets. Let them try to certify some crud on Capitol Hill with a million or more patriots in the streets. This kettle is set to boil.”

On New Year’s Day, Grimes and Caldwell spoke again. Grimes told Caldwell that Trump “will win on the 6th” and if he didn’t, he was “personally going to start the Civil War myself, so tired of these libtards.”

“I am starting it the night of the 6th if necessary,” Caldwell said.

By that time, prosecutors showed jurors evidence of Caldwell speaking to North Carolina division leader Doug Smith again, informing him that he was “coordinating with Paul” Stamey to arrange the QRF.

A flurry of messages was exchanged between Caldwell, Stamey, and Three Percenter Shawn Pugh.

“Am working the Navy angle as we discussed,” Caldwell told Stamey on Jan. 2.

Then when talking to Pugh, the light bulb appeared to go off.

“Can’t believe I just thought of this,” Caldwell said.

A boat on a trailer that could manage a crossing of the Potomac would be a way to ferry weapons across.

“We could be pretending to fish,” Caldwell said.

The defense has argued repeatedly in the last eight days that much of the correspondence among the defendants in the run up to Jan. 6 was about preparing logistics for their “peacekeeping” mission to Washington during what they believed would be a riot of leftists and supporters of “antifa” or the Black Lives Matter movement,

But from the stand on Friday, FBI Agent Sylvia Hilgeman walked through messages with Assistant U.S. Attorney Jeffrey Nestler that cast a large shadow of doubt on that claim.

It was Jan. 1 and Caldwell was speaking to someone identified in the texts as Joe Godbold. Godbold was upset with then-Vice President Mike Pence.

Pence had to step in during the certification to stop Joe Biden from taking power, they discussed.

“If he hopes to live by Friday, he better stand tall,” Caldwell wrote.

“Friday would have been January 8,” Hilgeman testified.

Prosecutors say the alleged conspiracy to stop the transfer of power and keep Trump in the White House didn’t merely collapse in on itself after Trump’s supporters, rioters, and a mess of extremists were cleared of the Capitol on Jan. 6.

Earlier in the trial, jurors saw a Nov. 9 message sent from defendant Jessica Watkins to a potential recruit for the Oath Keepers.

Watkins, who founded the Ohio State Regular Militia said there was military training planned for Oath Keepers between Jan. 3 and Jan. 9. She would need her recruit “fighting fit” by the inauguration on Jan. 20, she said.

The messages among Oath Keepers that jurors could see went on and on Friday.

And then, there were those messages they couldn’t see.

Prosecutors allege Oath Keepers used burner, or disposable phones to cover their tracks after Jan. 6, and often, messages sent by Stewart Rhodes to his division leaders were laden with paranoid warnings that everyone needed to be careful about what they said to each other in texts.

Caldwell appeared to heed that order.

On Jan. 14, 2021, Caldwell unsent a message on Facebook that went to an individual named Matt Combs.

Though the message was deleted, jurors could still, at least, see Combs’ reply to Caldwell’s original-but-deleted post.

“Damn, I wish I did. I’d be your captain for sure and off the top of my head, I can’t think of anyone with a boat…” Combs replied.

The trial resumes on Monday at 9:30 AM ET and Daily Kos will continue to have live coverage. Check out today’s live blog here or the mega-thread on Twitter:

Good morning from Washington, DC where our temple of democracy still stands. I am back at the federal courthouse (just across the street) for the Oath Keepers sedition trial. Live coverage resumes at 9:30 AM ET. pic.twitter.com/CRmtd6cz7Z

RELATED: Who’s who in the Oath Keeper sedition trial