The real reason for the attack on libraries

Just a few years ago, there were multiple initiatives that tried to block library funding under the guise of preventing tax increases, and there was no set of billionaires that held libraries in more contempt than the Koch brothers. Their special interest group, Americans for Prosperity, tried to stop a bill in New Jersey that was designed to help local libraries expand or upgrade. Their Kansas chapter spent a lot of money on a legislative bill that would have required city, county, or voter approval for changes in property tax levies or for the issuance of bonds.

Matt Nojonen, director of Kansas’ Leavenworth Public Library, said that the bill would have ruined the 14-county regional library network. “This bill will manage to do with a stroke of a pen what years of a bad economy failed to do, force a local tax increase or force cuts so deep that the first public library in the first city in the state of Kansas, an institution proudly supported by its community since 1899, will become a sad shadow of itself.”

The library at Plainfield, Illinois, however, was the Koch brothers’ most brazen attack. The town was trying to raise money for a new library building that was desperately needed. In return for a 20-year bond and a small increase in property taxes, the library would have been able to expand three times its size and finally update its programs to serve the community. The Kochs really poured money into defeating this plan. They hired expensive, political operatives from out of town to turn public opinion against the library. They even paid for robocalls and social media pages, both of which gave misinformation that the new library would be pointless. The library director at the time was forced to attempt to combat this juggernaut with a blog.

It wasn’t just the billionaire brothers. The last GOP presidential administration tried hard to destroy our national library infrastructure. Trump released a budget proposal in 2019 that would have completely eliminated all federal funding for libraries. Meanwhile, around that time, publications like Forbes printed drivel like this from conservative mouthpieces:

Amazon Should Replace Local Libraries to Save Taxpayers Money

Amazon should open their own bookstores in all local communities. They can replace local libraries and save taxpayers lots of money, while enhancing the value of their stock.

These attacks were met with limited success, as even the astroturfed Tea Party was made of poor people who needed to use libraries. These buildings are a lifeline for lower-income families. The tax angle didn’t work all that well; yet conservatives adopted a new tactic that shifted the focus from libraries to the content within—and more personally, to those who run the libraries. Unfortunately, this tactic has been proving successful.

Talk of tax increases was replaced seemingly overnight by an authoritarian-style assault on books and librarians. Activist parents are now working in conjunction with fake grassroots groups with disingenuous titles—all of which are funded by a variety of wealthy right-wing organizations. The Heritage Foundation, Parents Defending Education, and even the Florida Republican Party have spent money making libraries and librarians the enemy of the people.

The Washington Post discovered very well-connected partisans are opportunistically manufacturing outrage and selling it to parents under the guise of empowerment. The banning of books across the U.S. is the impetus for going after library professionals. 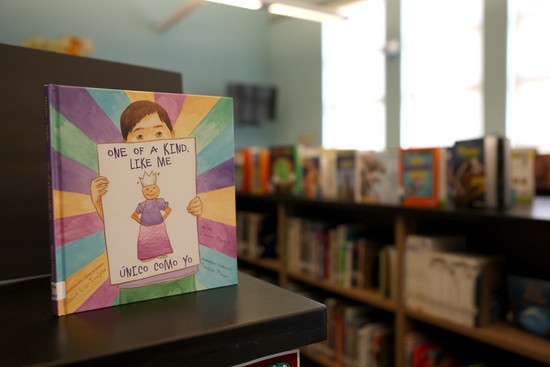 “We just want everybody to be able to come into a library and see themselves represented. That’s all we’re doin’.” -Librarian Connie Milton at the Lafayette Public Library

Using suburban moms to gin up outrage has been a goldmine for the longtime conservative goal of closing libraries. It’s working. This year voters in Jamestown Township, Michigan, chose to defund the library, depriving it of 84% of its 2023 budget. The town wasn’t swayed about taxes or services, but decided to get rid of its only library because some of its books featured same-sex couples.

This was never about keeping kids “safe,” but has always been about keeping people uneducated and ignorant. Suppressing diverse ideas has always been the hallmark of conservatism, and free libraries stand in the way of their goal. Libraries help people who need it most, which, according to a right-wing billionaire, is the worst possible use of resources. Libraries serve their community without regard for profit, which is antithetical to the capitalist mindset that their wealthy de-funders have. Yet education and easy access to information are the greatest threats to the conservative movement and to the protection of their ill-gotten wealth.  Of course they are attacking libraries—and schools.

Library users who take advantage of free computers and internet connections are likely to be younger, poorer, and minority. Librarians also offer financial literacy training, job assistance, and resources to everyone from non-English speaking immigrants, to addicts, to formerly incarcerated people, to the homeless. They provide a lifeline of information and resources and a free place for children to learn and play. Furthermore, libraries offer so much more than books. Libraries these days also offer meeting spaces, internet access, video games, power tools, audiobooks, museum passes, reference materials, and much, much more. They’re one of the only places you can go these days to browse things you don’t already own, with no pressure to spend money. Of course rich Republicans hate them.

Right-wing conservatives view public libraries as a threat because they can expose people to diverse viewpoints and expand knowledge. This also feeds into their other front of controlling what students learn in school. 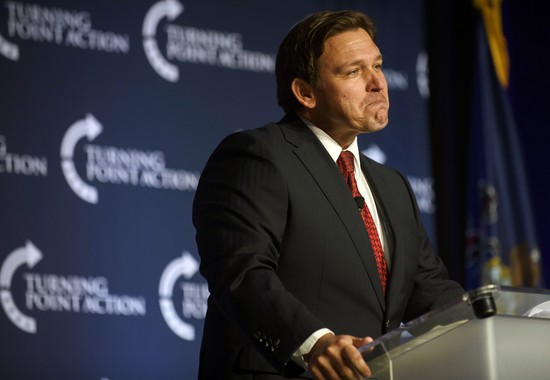 Gov. Ron DeSantis personally got involved in dozens of school board races to purge educational leaders. This led to school superintendents getting fired over political ideology, which recently happened to Sarasota superintendent Brennan Asplen.

Yet this new tactic is beyond the pale, as educators and librarians are now being labeled as pedophiles and “groomers” on social media by these right-wing-funded group members. For many decades, librarians have been trained to curate well-rounded collections that offer a variety of viewpoints, especially on contentious topics. That philosophy is now being attacked by the very people who supposedly decry “cancel culture.”

Librarians across the nation are being verbally attacked by Republican politicians, while others have been reported to law enforcement officials. Many librarians have quit after being harassed in person and online. The Lafayette Public Library mentioned earlier lost 28 librarians, who resigned in just the past year. Others have been fired just for refusing to censor books.

Yet libraries are fighting back. The stereotype of the prudish, quiet librarian is being challenged by the thousands who are standing up for their profession. Louisiana librarian Christopher Achee and his colleagues recently passed a policy banning the filming of anybody in the library without their permission. The American Library Association established the Lemony Snicket Prize for Noble Librarians Faced with Adversity award to reward brave librarians standing up against censorship. This year, it was given to New Jersey’s North Hunterdon-Voorhees Regional High School librarian, Martha Hickson. She refused to remove an LGBTQ+ book from her shelves even after vicious personal attacks.

In Texas, a group of four librarians created a group called the FReadom Fighters that defends people’s right to read without fear. Their first act last November was to flood the Texas State Legislature’s Twitter page with tweets about favorite challenged books.

Amanda Jones, a middle school librarian and the president of the Louisiana Association of School Librarians, filed a lawsuit against two men and a conservative group called Citizens for a New Louisiana for running a “public campaign” against her just because she spoke out against removing certain books from the Livingston Parish Library system.

In the state with the most book bans, a Texas nonprofit established the Austin Bat Cave that launches bookmobiles into underserved communities. Leticia Urieta runs one of the bookmobiles, which she said spawned from the Librotraficante Movement, meaning “book smugglers.” It was a response to Arizona’s 2010 ban on ethnic studies programs in public schools, effectively banning Mexican American studies in Arizona schools. Her bookmobile is filled with banned titles, such as An Indigenous People’s History of the United States for Young People by Roxanne Dunbar-Ortiz.

Urieta’s proud of the work her organization has done. She explains: “Through litigation and community action, including caravans across Texas and the Southwest to celebrate the reading and dissemination of banned books, the organization has continued to fight for Latinx students’ access to stories and texts that reflect their experiences and empower them in the face of discrimination.”

Meanwhile, libraries in more progressive and free states are making their collections available to the red oppressed communities. The New York Public Library established an e-reader app that provides banned books on a rotating basis that anyone can check out for free. Naturally, conservatives are on a campaign to try to ban reading apps, but it’s a losing battle in this day and age.

I understand that for many people, the fight over book access may not seem all that important—especially since authoritarian-prone conservatives have their sights on controlling women’s bodies and appear dead-set on hurting people. Yet as scholars like to point out, if you want to destroy a civilization, there’s no quicker way to do that than destroying the library.

As Am Alpin writes for The Progressive: “Xiang Yu did in 206 B.C., as did the Ottoman Turks in 1453 after the fall of Constantinople. And during the War of 1812, British troops set fire to the Library of Congress. From the Nazis to the Taliban, attempts to subjugate or oppress a people or group of people most often begin with limiting their ability to freely and widely read.”

Controlling thought is the fundamental basis for all authoritarian regimes. This battle is worth the fight, and educators and librarians are on the front lines against this type of oppression. Although conservatives have scored several victories in the past year, in the end, education always wins out over ignorance.