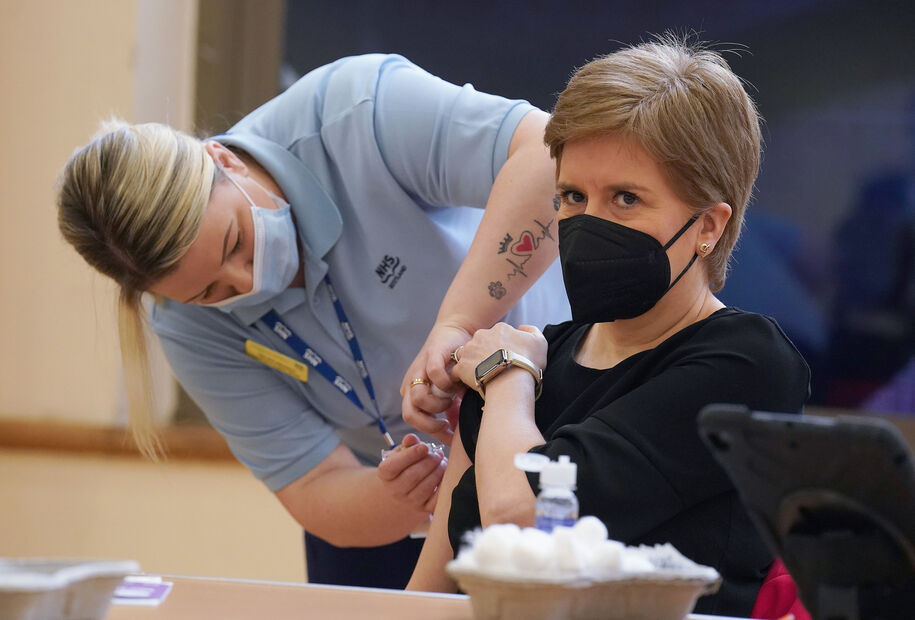 First Minister of Scotland Nicola Sturgeon gets a Covid booster and flu shot. Let her glare speak for all of us.

Last week, it became clear that under new CEO Elon Musk, Twitter had stopped enforcing a policy against spreading disinformation related to COVID-19 and vaccinations. They didn’t make a big announcement about this. It wasn’t until people began wondering why so much outright anti-vax nonsense was suddenly floating around, that it was discovered that Twitter had stopped trying to block such propaganda back in mid-November.

The cost of that disinformation campaign is absolutely measurable. In the United States, not only did the total number of Americans vaccinated with the original vaccine stall out at under 70%, the percentage who have gotten the latest bivariant booster, which has been available for three months, is a mind-boggling 12.7%. That number explains why, over the last few months, the number of new deaths among those who got the original vaccine has come to exceed the number of deaths among the unvaccinated.

According to the CDC, even among those who got the original vaccine, 81% have failed to get the latest booster. For most of those, all their shots and boosters are so far in the past, that the residual effect is much smaller than it was in the weeks and months after the vaccine was first administered. As a result, it’s expected another 120,000 Americans are projected to die of COVID-19 over the next year.

But that’s not all. That disinformation is leading directly to the worst flu season in many years, at a time when the U.S. is seeing one of the nastiest flu variants in some time.