The war in Ukraine and rising tensions over Taiwan have caused demand for high-tech, American-made weapons to surge. And with the ongoing supply chain crunch and inflation continuing to rise, military industry watchers question whether the U.S. defense sector can keep up.

“We can’t rely on China to build components for our weapons, which is to some extent, potentially what we have done — whether knowingly or not,” said Elbridge Colby, co-founder and principal of The Marathon Initiative.

Even with the largest defense budget in the world, the U.S. military is not immune to supply chain challenges. But with an already massive budget and questions on Pentagon spending, some critics think that more funds may not be the answer.

“Next year’s national security budget will likely be nearly a trillion and a half dollars,” said Julia Gledhill, an analyst at the Center for Defense Information at the Project On Government Oversight. “And Congress wants to add tens of billions of dollars to that number, despite the fact that the Department of Defense has shown time and again that it’s not managing its finances effectively.”

Identifying inefficiencies and moving forward with programs that work, while sidelining those that do not, could be one way to address the problems that have plagued previous big-budget Pentagon initiatives. The Department of Defense did not respond to CNBC’s request for comment for this story.

“I don’t think that this necessarily means we’re going to blow the top off of the defense budget,” said Chris Dougherty, a senior fellow at the Center for a New American Security. “It’s probably more about developing an ability to scale and ramp production, when and where it’s needed.”

Watch the video above to find out more about the challenges the U.S. defense industry faces, and the potential solutions to break through supply chain bottlenecks and budgetary constraints. 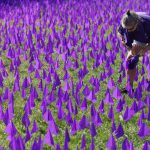