Will Belarus join the war? Don’t count on it 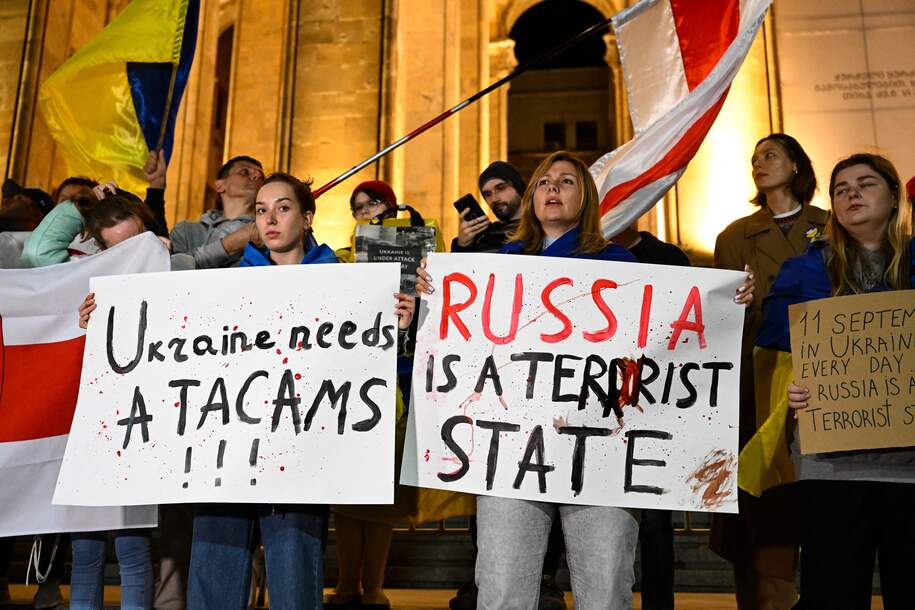 In the first few months of the war, the news was rampant with BELARUS IS JOINING THE WAR hysteria. Terrorist Vladimir Putin was clearly leaning on Belorussian dictator Alexander Lukashenko to join the war, and Lukashenko was happy to pretend, time and time again, that he was ready to do his master’s bidding. Yet he never followed through.

It was clear that Lukashenko had zero interest in joining the war. His army is only 20,000 strong, and if you thought Russia has been a hot mess, Lukashenko’s army was far worse—essentially designed to keep him in power and little else. He would dramatically move his sad forces here and there, like pawns on a chess board. But when Putin pressed the heaviest, Lukashenko would make some stupid declaration like “Russia is right, NATO is a threat, Poland is about to invade!” and rush his troops to his western border. A stupefied Putin could only watch helplessly.

Russian scholar Kamil Galeev wrote this great thread on Lukashenko, arguing that while he plays the buffoon in public, he’s actually a master manipulator, able to keep Putin on a leash for over 25 years.

How does Lukashenko get away with such behaviour? By playing an idiot. Here for example he shows how the Special Operation is going “accidentally” disclosing how Ukraine will be divided after the victory

(Do we know it’s the real plan of partition? Idk. But that’s a statement) pic.twitter.com/fLFpgmnDqI

at the time, that map betrayed Russia’s intent to push all the way into the Transnistria region of Moldova, laying waste to the Kremlin’s claim that this was a “limited special operation” relegated only to Ukraine, giving away Putin’s expansionist colonialist agenda. And while we all laughed at how stupid he was, this “accidental” admission ultimately undermined Putin. As a result, Putin never asked Lukashenko to defend the war in public again, which is ultimately what the Belorussian wanted all along.

As Galeev’s thread shows, time and time again Lukahsenko has dangled unification with Putin, always to find a reason to delay further.

Since 2000 Lukashenko has been building his dynastic quasi monarchy. He didn’t break up with Russia ofc. Instead he milked it economically in every way possible. How could he do it? By luring Putin with prospects of integration. Putin was very predictable and Lukashenko used it.

Lukashenko could buy Russian resources for almost free. Union tariff system effectively subsidised the export of his uncompetitive goods to Russia. He borrowed massively from the Russian state and its “private” proxies. These loans were mostly never repaid […]

Lukashenko knows Putin *must* keep on integrating with Belarus. He’s just too invested in the “Union” which allows him to play the Collector of the Russian Land and thus legitimise his rule. This makes Putin predictable and thus exploitable. That’s how a tail wags the dog.

With that context, Lukashenko’s actions this entire war make sense. Sure, he’s given Russia use of his soil to launch attacks against Ukraine, but he has steadfastly refused to contribute troops to the effort. Periodically, we see Putin call his supposed lap dog to Moscow and other places in Russia, clearly trying to drag Belarus into the war,  yet Lukashenko always weasels out. A month or two ago Belarus agreed to ship artillery shells to Russia, a clear sign Russia’s paper tiger army was running short on its most precious commodity. And then last week, we saw decrepit old Belorussian tanks headed to Russia.

❗️Lukashenka started handing over tanks removed from storage to Russia – they are being sent to Donbas.
Yesterday we wrote that an echelon with tanks was seen at Orsha railway station (Vitsebsk region) moving towards Russia.
1/7 pic.twitter.com/lVfheBVPTs

Meanwhile, the two countries announced the creation of a “joint regional group” of troops, whatever that means.

Breaking: Belarus president Alexander Lukashenko and Vladimir Putin agreed to deploy a joint regional group of troops. Belarus allowed Russia to use its territory as staging ground but claimed it’s not sending troops. May change now.

Again, in context of everything we’ve seen thus far, I’m betting Belarus will drag its feet implementing said “joint regional group.” It’s likely mere propaganda, like the announcement back in March that Syria would be sending 40,000 troops to fight with the Russians in Ukraine.

The Collective Security Treaty Organization—Russia’s answer to NATO—was supposed to host its “Indestructible Brotherhood-2022″ war games this week featuring Russia, Armenia, Belarus, Kazakhstan, Kyrgyzstan and Tajikistan. Yet host nation Kyrgyzstan cancelled its participation the day before their start. Armenia quit because it’s quitting the whole organization—none of the member nations came to its aid under attack from Azerbaijan. Kyrgyzstan has literally been in a simmering low-intensity border conflict with Tajikistan, so they weren’t about to be invited into Tajik soil.

And then Kazakhstan backed out as well, which isn’t surprising given their deteriorating relations with Russia. You can read more about it here, but things have gotten to the point that China was warning Russia to back the f’ off. In the end, this hilariously fragile  “indestructible brotherhood” consisted of just two states—Russia and Belarus.

With Russia’s allies (including China) leaving it high and dry, why would Belarus chose this moment to finally enter the war? Why would Lukashenko risk dissatisfaction in his military ranks (who unlike the Russians, likely know exactly how ineffective they are) and popular uprising (he handily lost an election two years ago) to join what is very clearly a losing fight?

Belarus doesn’t even have the resources to make a difference! It has a mobilization-based army. That means its current 20,000 troops are just a shell, meant to be fleshed out to 40,000 under full mobilization. While there was some small scale testing of their mobilization capabilities, there has been no call ups. The country, as of now, is still not in a position to fight a war. But even if it mobilized, those are small numbers, dwarfed by Russia’s mobilization of 300,000.

I am admittedly less certain than I was earlier in the war, but I still don’t see a reason for Belarus to engage this war beyond handing over old, outdated kit to their Russian allies. Lukashenko doesn’t need that kit anyway (he knows NATO isn’t about to invade), and it buys him another month or two before Putin comes knocking once again, begging for additional cannon fodder.

There is one more Belarus-related rumor floating around:

“A guy I know knows a guy who has seen waves of Russians arriving.” Yet while we have video of Belorussian tanks heading toward Russia, no one has any video or other evidence of these masses of arriving Russians. And if the tanks are headed out of the country, why would Russian troops be heading into Belarus? It all makes no sense.

Perhaps this is meant to merely scare Ukraine into “fixing” forces around Kyiv, preventing reserves from supporting the Ukrainian offensives in the Luhansk (formerly Kharkiv) and Kherson fronts. But sending a bunch of poorly armed conscripts into Belarus, even if true, isn’t particularly worrisome.

On February 24, Russia sent its best equipped, best trained VDV airborne troops across an unguarded, unprotected border, with all the supply trucks and available ammo, and it came up empty. Today, that border is heavily fortified and defended by battle-hardened Territorial Defense Force with better equipment and artillery support than anything Russia would be able to muster up. And given Ukraine’s excellent internal lines of communication (roads and railroads), forces could easily be redeployed in case any Russian northern incursion showed promise.

The rumor seems like total bullshit. But even if true, hardly presents a real threat to Ukraine’s war effort. Russia is losing ground every single day. Opening up a third front isn’t in the cards.

It’s been hard to get a sense of the situation on the ground. Russian sources are great when they’re in panic mode. But with the lines currently stabilized, they’re back to making fantastical claims of Russian advances and massive Ukrainian losses. Heck, Rybar was bragging about Russian air defense shooting down dozens of HIMARS rockets. It’s all nonsense. Meanwhile, Ukrainian sources are back to operational silence.

Meanwhile, the Open Source Intelligence (OSINT) community, usually hard at work ferreting out hints of progress on the battlefront, spent the day cataloguing Russia’s major missile attack Sunday night. Ultimately, the consensus is that hard fighting continues at both the Luhansk (around Svetove) and Kherson fronts.

Speaking of, 500-700,000 men have now fled Russia, which is significantly more than the 300,000 the country aimed to mobilized. Meanwhile, there are multiple indications that Russia can’t even manage the 300,000 target.

Former Deputy Commander of the Russian SMD Andrey Gurulev stated that the Russian military command must disclose its inability to mobilize 300,000 combat-ready reservists and broaden the mobilization criteria if Russia is to have any hope of regaining the initiative in this war. pic.twitter.com/aMqG7YVPt7

Given the bravery we’re seeing in Iran, these two tweets are particularly salient:

700,000 reported to have left Russia since mobilization. Now imagine if those 700,000 had risen up. This genocidal war would be over